With high rises and new shops in the works, it's time to take a look at the area around Yankee Stadium 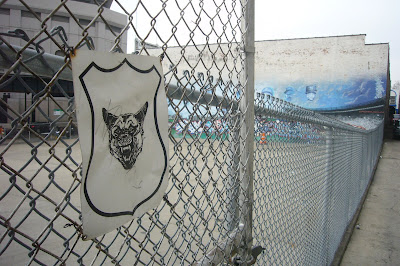 A few weeks back, the Post had the following item:

First, a new stadium. Next, a new neighborhood.

Just as The Bronx gears up for Opening Day at the new Yankee Stadium, city planners yesterday unveiled a proposal to transform the blocks around the ballpark into a neighborhood of high-rise towers, wider sidewalks and new shops.

The plan, which would rezone a stretch of River Avenue and 161st Street, would clear the way for developers to replace streets filled with the one-story bars, souvenir stands, empty lots and repair shops that now dominate the neighborhood.

Meanwhile, like Jeremiah, I was curious about what kind of impact the Stadium would have on businesses now a little farther away from the new digs. Before the game Tuesday night, I figured I'd better take a look around...

The first casualty appears to be the Press Cafe on 157th Street. With panini sandwiches and Stella on draft, the owners were trying to be a little more upscale... With high rises and other luxuries coming, the Press Cafe was maybe a little before its time... 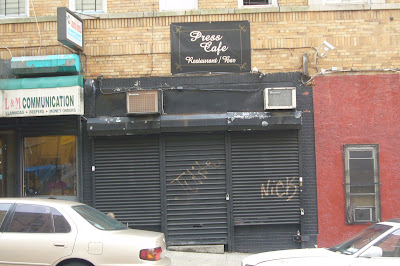 The bodega is gone on 157th and Gerard. Lost to a fire. (Was always a good spot to drink a few beers before games. No one seemed to mind. Just be cool.) 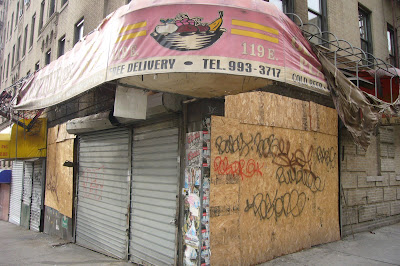 I imagine the city's plans call for the destruction of these shops and old structures along Gerard Avenue. 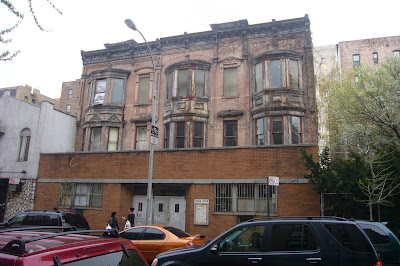 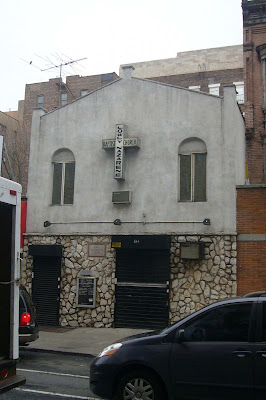 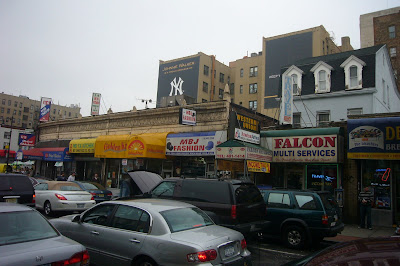 The Yankee Tavern on 161st Street and Gerard Avenue has some new awnings...(By the way, the Tavern's owner, Joe Bastone, was charged yesterday with evading more than $1million in state and city taxes.) 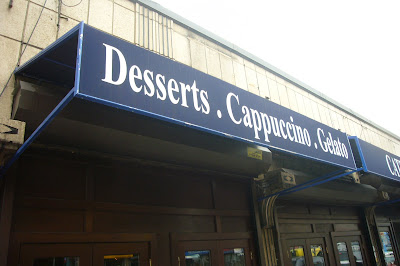 A few other signs and scenes from the neighborhood... 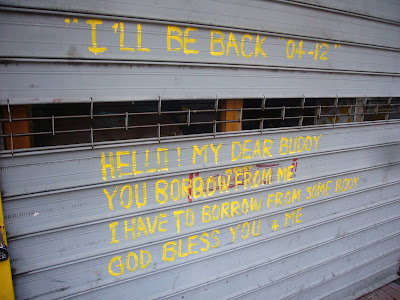 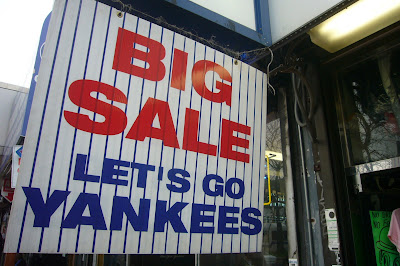 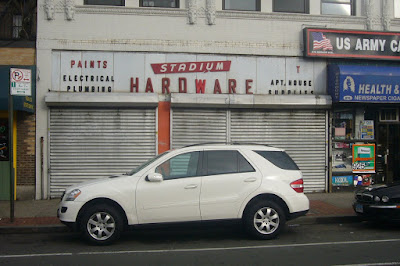 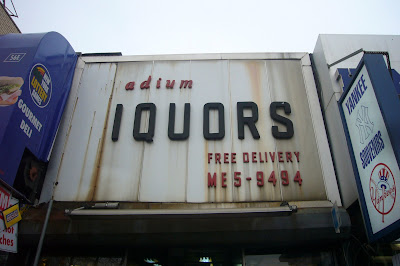 I also looked to see if any new businesses popped up along River Road directly across from the new Stadium. No... but the McDonald's on the corner got a big outdoor facelift...And you have to wonder how long places like a family eyecare center and a 99-cent store will last directly across the street from a $1.5 billion stadium. 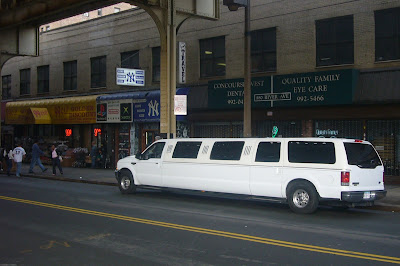 The DUGout (pictured below on the left), has been around for five years. As the Times noted March 27, it became "the most coveted location on the block." It's directly across the street from the new Stadium. The bar's owner, Tyrone Robinson, 31, expanded the 2,400-square-foot space by 4,000 square feet and opened a roof deck, the Times reported. “There’s a term I’m looking for,” Robinson said in trying to describe his bar to the paper. “Midtown comes to the Bronx — that’s it.” 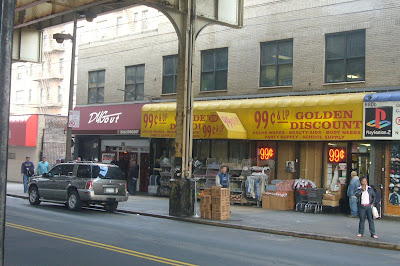 Finally, in that March 27 feature, the Times wondered whether the new Stadium would have an impact on the 30-year-old Stan's, the bar that once had the closest proximity to the Stadium... On Tuesday night, Stan's was packed...More crowded than the DUGout. 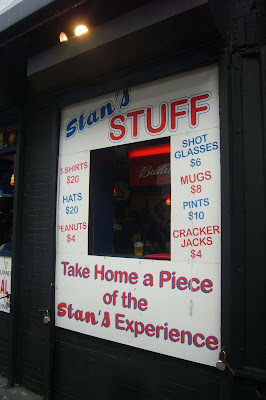 For further reading:
A Late Rush to Tidy Up the Yankees’ New Home (The New York Times)
Bonus excerpt:

Wally Jimenez, 27, an audio engineer who grew up in the neighborhood, said the work was not primarily for the community’s benefit.

“They want to turn this into a commercial area, but they don’t think about the consequences for the people around here who don’t have the resources to get a new place when rents go up,” he said. “They are trying to push the community out.”

Mr. Jimenez said of the cleaning efforts, “I’ve never seen something like this, and I was born and raised in this area.” He added, “It’s good that they are cleaning up, but they are definitely not doing this for the community.”