Absinthe wine bar closed on First Avenue near Seventh Street back in November... the place became Lautrec Bistro.... now that place has closed... a new cafe is hoping to transfer the license here tonight during the CB3/SLA meeting... the new owners want to operate the garden... which has caused problems in the past... 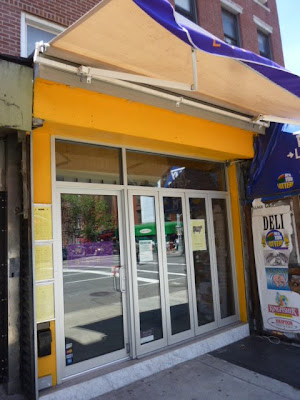 As BoweryBoogie noted Friday, Pulino's finally outed its sidewalk cafe... and there were lines (and bare feet!)... 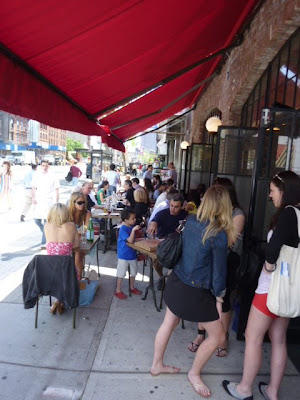 Officials served Rico, the hookah joint on Avenue C between Ninth Street and 10th Street, with an eviction notice... (They closed once and reopened about two months later back in 2008.) 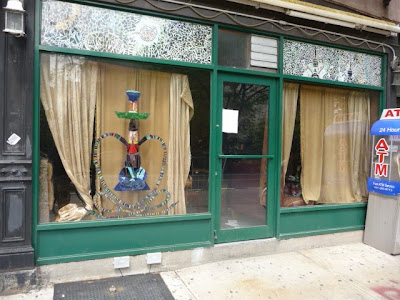 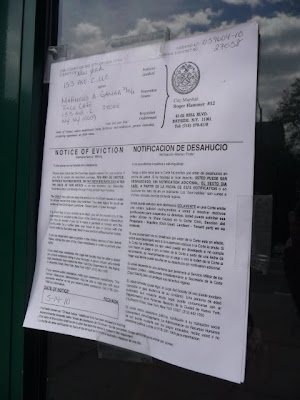 Signs for a French Creperie have gone up on St. Mark's Place next to the Hop Devil Grill... replacing the boitique that closed here... 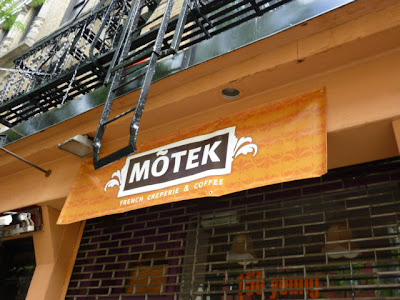 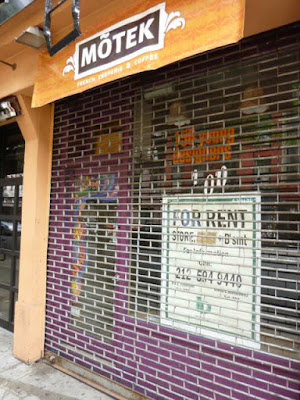 Workers removed the plywood at the Pita Pan Sports Grill on Second Avenue and Sixth Street... 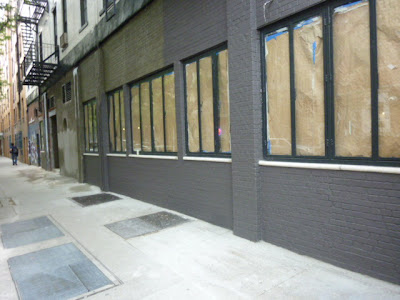 And, I have no idea when this happened, but the McDonald's on 14th Street near First Avenue has a walk-up window now... 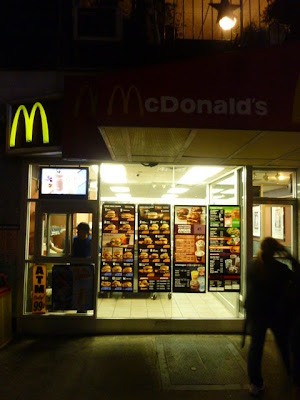 The window was added at McDonald's over the last couple of weeks.

Ha ha Grieve, yeah ... that McD's window is pretty weird. They finished it just last week. Pretty quickly too -- they started the remodeling probably less than three weeks ago.

Ah! How did I miss this the last three weeks!! Not my favorite intersection, so I often try to go an alternative route...

bare feet. obviously not from here.

Hope that she didn't spill any of that spicy tomato sauce on her feet...

Yeah, Grieve, it was sometime in the past two weeks or so. It seems that they opened it to close the dining room but still serve food late at night... they were still serving out of the window when I walked by Saturday night around 3am.

Thanks, Chris... I guess that makes sense... cut down on any possible late-night shenanigans inside...

YOU are a late night shenanigan! :)

Those aren't bare feet. If you look at the photo more carefully, you can see she's wearing strappy sandals.

I also took a photo of the Mcdonalds window but didn't have a chance to share it. It's disorienting to see a walk up drive through. The suburbanization of the city continues in its own twisted fashion.