Hi neighbor: Is this a new era for bar-resident relations in the East Village? 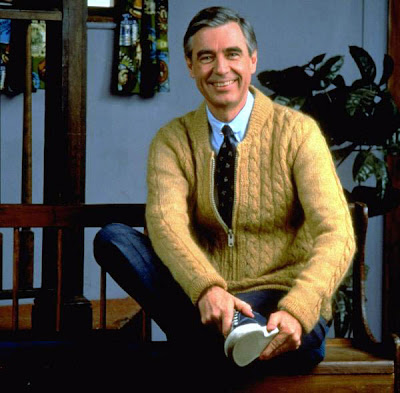 What happened with the Cabin Down Below management and the family next door is the latest example of East Village bar owners trying to be better neighbors...

1) David Schwartz, one of Lit's co-owners, recently outlined the steps his bar is taking to appease their unhappy neighbors. (Read that story here.) 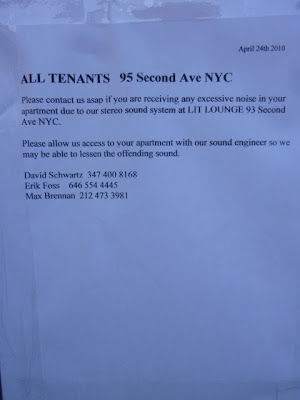 2) The manager of the Elephant on First Street recently told me what she had done to help change perceptions neighbors may have of the Thai eatery. (Read that post here.)

3) In response to an exchange with EV Grieve readers, the GM of Aces & Eights made good on trying to dispel the bar’s Upper-East-Side, preppy reputation by hosting an art show by Curt Hoppe. (You can read that story here.)

4) Last summer, Destination's Mason Reese was the only owner who attended a meeting of residents on 12th and 13th Streets to address issues people were having with the proliferation of new bars on Avenue A. He agreed to close the bar's front windows by 10 p.m. during the week and 11 p.m. on the weekends. (And Reese recently chimed in on a comment thread to remind folks that he has kept his word.)

Maybe this is all for a good reason. Monday night's CB3/SLA meeting showed what can happen when neighbors get organized and work together... As Jill reported:

Tonight's Community Board 3 SLA Committee meeting was possibly historic. The Upper Avenue A residents had such a strong turnout ... The end result, which is often a testament to stamina more than brains, was that nobody got their license approvals tonight, and one of the three bars withdrew their application in the face of so much opposition.

I'm sure there are other bar owners who continue to be good neighbors... (and others who are anything but!) Still! Is this a New Era for Neighborly Love? Do bar owners realize that it might be a good idea to actually cater to people who walk a block or so to the establishment and not travel here on, say, the LIRR? I think back to those ugly, drag-out fights involving the people vs. Le Souk, Death & Company, among others.

As the Cabin Down Below neighbor said, it took a few phone calls, a little waiting... and one evening a bar owner is in the apartment to hear for herself what the noise is like while a contractor was outside on the stairs.

I just don't know if bar owners (and prospective bar owners) are just being smart... or they're scared. 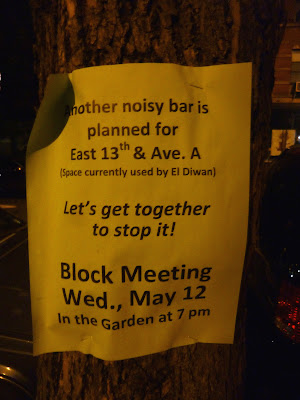 Now if only Bua would take heed and do something about the idiots who just have to sit outside even if it's raining!

One more good news: Bar on A has a new manager who is reaching out to tenants and the first signs are promising.

I hope this trend is true, this topic is getting boring!

Ban smoking throughout the city and the outside-the-bar problems will be solved : )

I'm a little suspect of this. If the engineer comes in and takes a dB reading, that dB reading might be under "city limits" even if its way to loud... for YOU.

Be careful letting any business/bar into your apt, you might be giving away the only leverage you have.

The only way a bar can minimize sound, aside from lowering it - is to soundproof the ceiling and get the speakers away from the walls (bass travels up walls). Not much else.