So the holiday lights at Rolf's on Third Avenue at 22nd Street seem to be up a little bit earlier than usual... 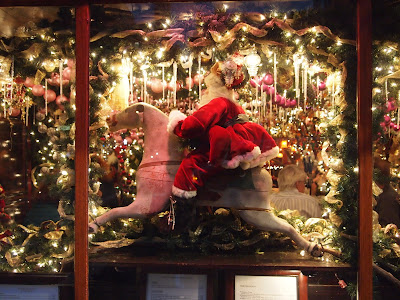 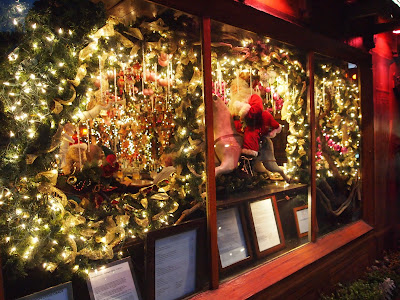 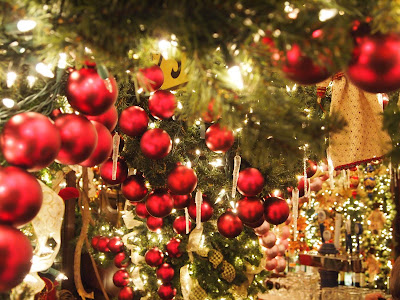 Not sure what else to say on the matter. As EV Grieve wrote in November 2008:

It gets horribly crowded at Rolf's during the holidays, of course...Just grab a seat at the bar (if you can during off-peak hours)...the food is too heavy for my tastes (hmmm, suckling pig), unless I'm trying to spike the LDL level in my bloodstream. In any event, if Rolf's is mobbed, Paddy Macguire's down the street — between 19th and 20th — is a decent alternative for drinks during the holidays. They have some lights as well — and a much smaller carbon footprint.

Previously on EV Grieve):
'Tis the season for keeping ConEd in business: The holiday lights are up at Rolf's
Posted by Grieve at 6:45 AM

oooh, oooh, oooh, yes and thanks for the reminder. almost forgot about this with ev lambo and the smurfs distracting me

Too heavy? The food there is God-awful! And they switched from being a pure German joint to a German-Alsatian - this gives the place two cuisines to bitch up instead of just one. Anyway in terms of lights nothing beats Panna II and Milon, those two upstairs Indian joints on 6th and 1st. Now THAT'S a carbon footprint - and Rolf's doess't offer battling doormen who sometimes actually come to blows trying to inveigle clients into their restaurant rather than the other.

Black Bear Lodge, directly across the street from Rolf's, is my go to spot while waiting for a table at Rolf's.
And many a time I've stayed at Black Bear and skipped Rolf's all-together.