The DOT has left notices here in front of 131 Avenue C between Eighth and Ninth Streets stating that this ATM is "encroaching onto the city sidewalk." The ATM sits between Babel, the hookah place, and Summit, the fancy drinks place. The letter is addressed to Babel's landlord... 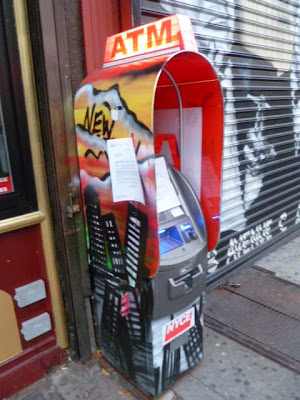 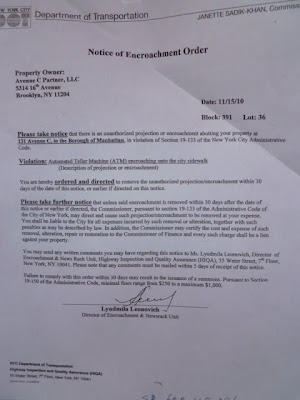 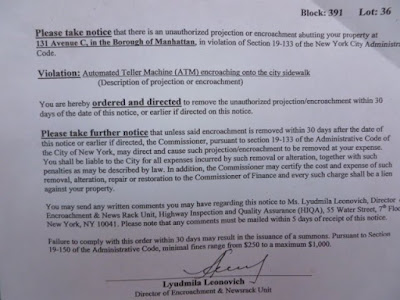 I'm guessing this wasn't the only ATM cited... one of the other 47,891 ATMs near here likely encroach the city sidewalks as well...

Previously on EV Grieve:
Avenue ATM (aka, how many stupid ATMs does one block need?)

Scott Stringer: Enough with the ATMs!
Posted by Grieve at 6:35 AM

Email ThisBlogThis!Share to TwitterShare to FacebookShare to Pinterest
Labels: ATMs