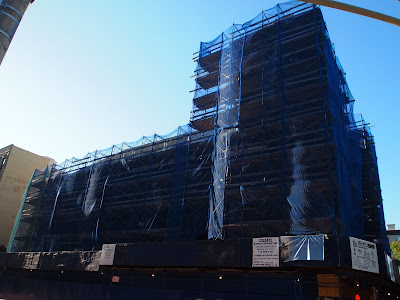 The renovation of St. Brigid’s is more extensive than expected, The Villager reports this week.

Lincoln Anderson reports that "a number of alarming rumors have been circulating in the neighborhood about the project, including that the $10 million restoration fund for the church has already been spent and that there is a significant cost overrun; that the church’s windows’ being removed in 2006 caused water damage that weakened the walls, requiring extra work to shore up the foundations; and that both the north and south walls need to be removed and totally rebuilt so that the eastern wall can be tied into a stable structure."

However, Joseph Zwilling, a spokesperson for the New York Catholic Archdiocese, said the rumors are untrue. He also denied that the church is seeking more donations to complete the renovations.

In addition, Zwilling didn't offer an anticipated completion date for the church.

Last summer, Edwin Torres, chairman of the Committee to Save St. Brigid's, told me the work was expected to be wrapped up in the summer of 2011. Looking at the church today, that time line doesn't seem very likely. 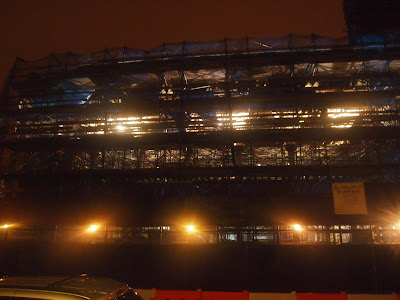