As Jeremiah reported on Monday, workers at the RCN Cable building on Avenue C and Sixth Street painted over the Obama-McCain election mural and others on the site last week.... 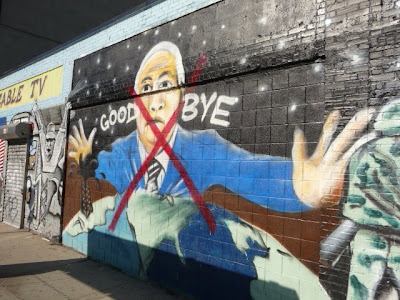 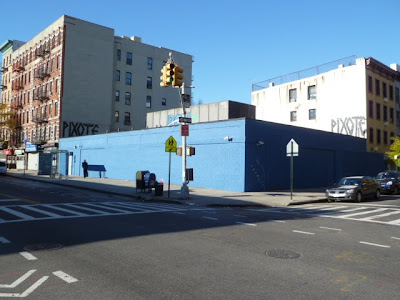 Patrick Hedlund has a follow-up piece today at DNAinfo. He speaks with an anonymous RCN spokesperson who sounds a little huffy about Chico's mural, which graced the wall for two years.

"The bottom line is the building had illegal graffiti on it and we cleaned it up — period."

But the RCN spokesman quickly dismissed the idea that Garcia might return to work on the wall.

"We're not interested in doing business with him again," he said.

Curious to see how long the building sits tag free.... this little doodle was quickly painted over.... 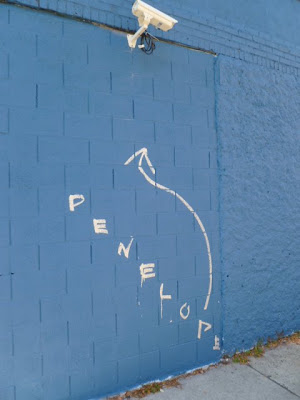 Anyway, there were all sorts of Chico murals on this corner... 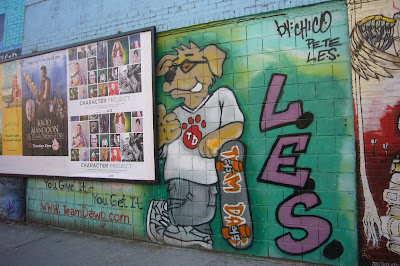 Are you telling me that RCN just figured out that there are murals here? (What about the illegal ads?) And it wasn't as if Chico just ran up here and tagged the wall in the middle of the night... this corner art took a long time to create... And this entire time RCN was unaware of the activity? 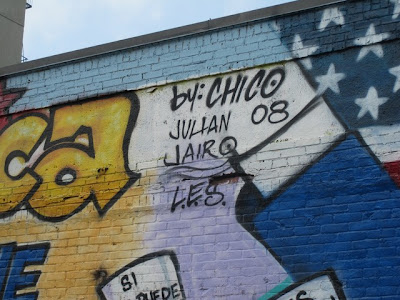 i hope they tag the sh*t out of this wall now. what a jerk! this is what happens when you have so much negative energy that it blinds you - he actually thinks that the hospital blue looks better than a colorful, vibrant work of art. what men do in aorder to convict and judge eachother. insecure a-hole.

why would they touch that? especially after two years? you're on avenue c! get over it!!! Also how long before Peels gets tagged? any bets?

I feel like these walls have sported Chico murals for as long as I can remember. And you can't do a production like this without documented permission from the property owner. The cops will roll up and ask for documentation. If you don't have it, you will be arrested. Maybe Chico gets a pass in the neighborhood because he's Chico, but still. Come on.

good point. there must've been some rift between them to precipitate this action.

It's a beautiful empty canvas now. Thanks, RCN. You have just given motivation to several dozen aspiring artists. I hope you bought that paint locally, as I think you're going to need lots and lots of it.

Like WB said, there has been stuff on that wall longer than two years. It wasn't the Obama stuff, but there were other Chico pieces up there for years.

I always assumed RCN paid for those murals, especially since one of them featured their van. I also thought they covered up the Chico murals with ads because they were selling that space. I have a bad feeling the Pastoressa case is now being used to justify the white-washing of the neighborhood. Chico's murals, like them or not, identify the EV/LES as a unique neighborhood. Welcome to Orwell's 1984.

What corporate "spokesman" speaks anonymously? That is very fishy.

it is incorrigible how much tax payer money the bloomberg administration is spending on "cleaning up" our city which happens to be extremely beautiful as is and needs no such thing, when programs for the elderly, the poor, students etc are getting absolutely decimated. DOUBLE. SHAME. ON. YOU.

rcn just went from nasdaq publically traded company to privately held. new management probably had something to do with this. not bloomberg or city. if that was the case they would have said that it was and put an end to it.