Avenue A finally getting some more retail

Work continues at 41 Avenue A on the corner of East Third Street.... where the Coffee Pot once lived... 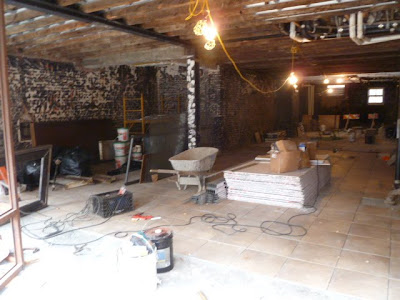 As DNAinfo noted in September, a pharmacy is taking over this space... this rather empty stretch of A — on the west side of the Avenue between Third and Second — may soon get some company. According to the website of the landlord, the New York City Housing Authority, there are applications in place for 35 Avenue A and 37 Avenue A. 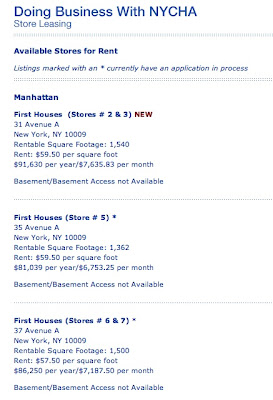 Previously on EV Grieve:
Of the 147 storefronts on Avenue A, 70 of them are bars, restaurants or vacant

Whatever happened to the Two Boots Restaurant? Plus: NYCHA puts up two prime storefronts on Avenue A for rent

Sons & Daughters closing on Avenue A; new tenant for A and Third Street?
Posted by Grieve at 6:50 AM

Email ThisBlogThis!Share to TwitterShare to FacebookShare to Pinterest
Labels: Avenue A, new retail