Well, while on the topic of Avenue A retail... I recently noticed new(ish?) plans in the window of the former Graceland space at Second Street... (And it seems longer than six months that Graceland has been gone...)

Anyway the space can be chopped up into one, two or three storefronts... (Here's the listing.) 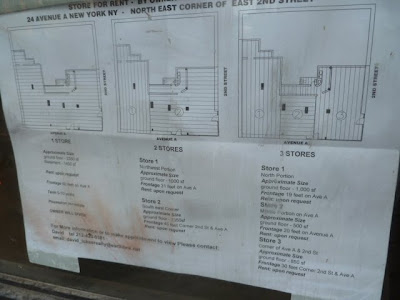 The one storefront might be best suited for the threatened 7-Eleven. And what do you think life would be like here had the CB3 approved Frank's plan for fast-food Italian (Raguboy) back in June?

Meanwhile, the FDR cheap pizza place behind the space on Second Street is ready for action... as you can see from the canopy, you can get 99-cent pizza, Indian snacks, tea... 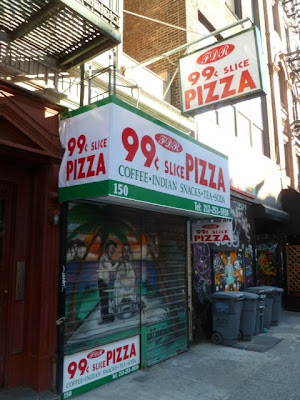 Email ThisBlogThis!Share to TwitterShare to FacebookShare to Pinterest
Labels: Avenue A, Graceland, retail

give me a break with this bullshit pizza place