Multiple readers/tipsters sent along word yesterday about a marriage proposal on the mural on East Second Street at Avenue A... as this photo from RyanAvenueA shows... 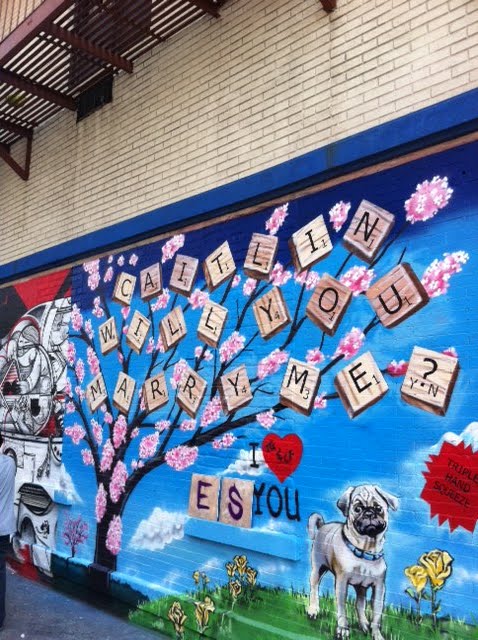 And later, Ryan (different one!) notes that the Caitlin of the mural said yes. Hey, he's not even on his knee! 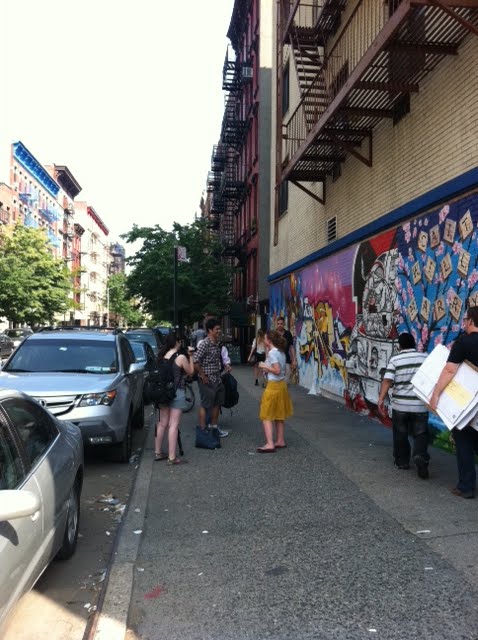 The Late Adopter has a nice shot of the mural too here.
Posted by Grieve at 8:59 AM

Probably better than putting it on the big screen behind center field at Yankee Stadium.

and i thought I was a Scrabble nerd.

It would've been so cool if he could've gotten The Scribbler to do it.

That is artistically sweet! Nice artwork, I love it. No doubt she said YES! great work dude!