Is part of the former Le Souk spot on the market on Avenue B?

Workers have put up new "restaurant/store" for lease signs on two empty properties on Avenue B between Third Street and Fourth Street... We spotted signs at the former animal hospital... 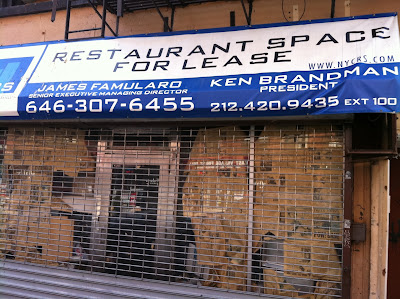 ...and at part of the former Le Souk empire a few doors to the south. (There were no signs at the main Le Souk entrance.) 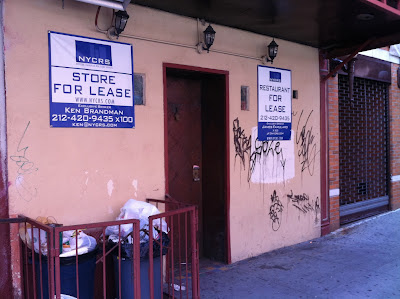 NYCRS officials haven't posted the listings just yet, so we don't know yet if all (or any!) of the Le Souk complex is involved in the lease... If so, then it might mean the end to those mysterious late-night parties and after-prom bashes...
Posted by Grieve at 6:59 AM