[Updated]: Fire on Avenue B 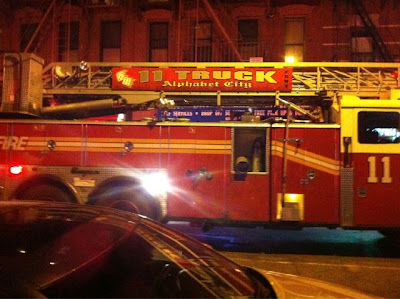 Several residents have reported a major FDNY presence on Avenue B ... one reader said that there's a fire in a building on the west side of the Avenue between East Third Street and East Fourth Street... More details as they become available.

[Photo via The Late Adopter] 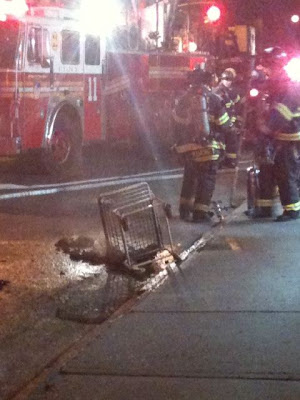 "Big fire (now out) on Avenue B. I counted 13 fire trucks + ambulances down there." 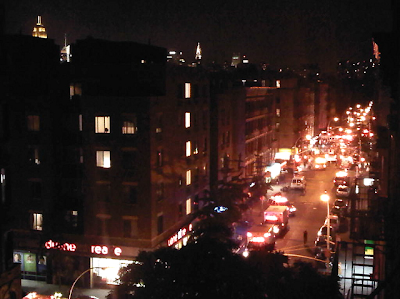 Unconfirmed reports that the fire started at one of the two laundromats between Third and Fourth...
Posted by Grieve at 10:32 PM

Email ThisBlogThis!Share to TwitterShare to FacebookShare to Pinterest
Labels: Avenue B, fire

Please tell me it was just the laundry basket and not a building. Any more info? Thanks so much for the reporting.

I haven't heard anything else anon... perhaps a good sign that it's not more serious than what you suggested...

Live across the street-seemed to be the laundry cart, but prior to that being wheeled out they seemed to be trying to remove something from the front of the laundromat. Curious as to why they put a ladder up the side of the building.

if they really sent 13 trucks for a flaming laundry basket it will give the mayor fuel to close up fire houses.
but how can they know in advance?
an ambulance, better safe than sorry.
glad only the laundry was fried.

The laundry wasn't fried; it was roasted.

i slept through this entire thing. wow