Yesterday morning, 13 school kids were injured when a school bus reportedly went over a speed bump too fast, the FDNY told DNAinfo.

The students were headed to the Ross Global Academy on East 12th Street around 8:30 a.m. The accident happened at 10th Street and Avenue B, the school's executive director, Richard Burke, told Patrick Hedlund.

He said the injuries were minor, "including bumps, bruises and bloody lips."

There isn't actually a speed bump on Avenue B at 10th Street. Still, there's a pretty decent slope with some potholes. I've been sent airborne a few times on the M8 when the driver is trying to beat the light... 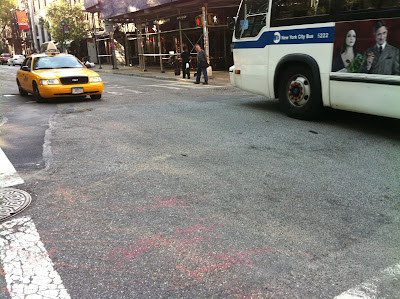 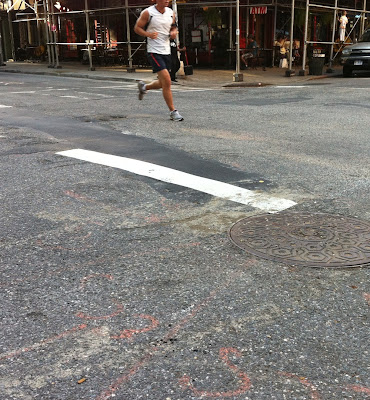 In any event, the city might what to take a closer look at this intersection before it gets worse than bumps and bloody lips.
Posted by Grieve at 6:55 AM

Huh, that's weird because all the ambulance, police activity and street blockage by their vehicles were on 10th between 1st and A.

It is weird, Jill. There are speed bumps on 10th between 1st and A. But I was just going with what was reported... Regardless, 10th and B has some airborne to it.

Seriously, all over the city, are the streets in terrible shape or what??? I ride a road bike to work but I think it's time to switch to a mountain bike. It is some serious terrain out there.