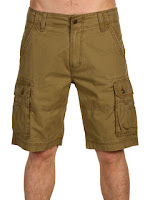 Unfortunately, our busy social schedule prevented us from attending the Official Grande Opening of the new Upright Citizens Brigade theater/theatre on Avenue A and Third Street on Saturday night. On Saturday night, we drank alone again at the Blarney Cove.

Dave Itzkoff at The New York Times has an article on the opening, including details on the challenges of getting the space ready. (You know — Hot Chicks Room sign drama.) As for some of the entertainment Saturday night, Itzkoff noted:

A second show at 9:30 offered a grab bag of acts that were, in theory, supposed to keep their sets to five to seven minutes. Sue Galloway, who plays an ambiguously accented comedy writer on “30 Rock,” performed a character piece about a drunken office worker singing an aggressive version of “I Will Follow Him” at a karaoke night; David Cross, the “Arrested Development” star, read remarks posted on the East Village blog EV Grieve that complained about the Upright Citizens Brigade’s arrival. (“Go back to campus, you new jack cornballs,” one outraged commenter demanded.)

As a thank you, all the commenters who chimed in on the Upright posts will receive replica fruit plates that the guests enjoyed there Saturday night.

'Hot Chicks Room' sign will now bring ruin to compost
Posted by Grieve at 6:45 AM

Ha ha ha! That's hilarious that the comments made their way to the stage! Are you getting any royalties out of this, EV Grieve?

i would like to be paid a hefty stipend by those parasites who ripped off my original blog postings for their "material."
how very cheap and tasteless.
and bet it was the funniest part of the show.

No, Thank YOU guys! You made my "job" that night both easy and enjoyable.