Your chance to see inside a historic townhouse on East 10th Street tonight (complimentary wine alert!)

The beautiful homes at 123-125 E. 10th St. between Second Avenue and Third Avenue have been on the market for more than three years... oh those handsome single-family Anglo-Italianate townhouses! 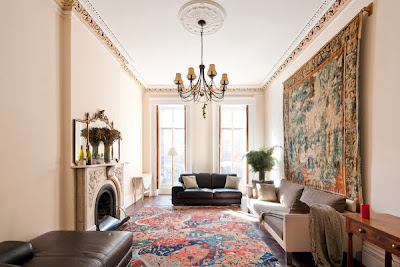 Here's the listing at Rubicon:

If you were to travel back in time to New York City in 1854, it would appear virtually unrecognizable. Yet, arrive at Renwick Triangle, formed by the intersection of Stuyvesant Street and East 10th Street, and it would seem as if time stood still. Of all James Renwick's masterpieces in this corridor, one stands out as more imposing and grander than the rest. Architecturally paired, 123 East 10th Street and 125 East 10th Street are now offered for sale together. At 28 feet wide, of grand scale and proportions, with approximately 8,400 square feet of interior space, and a large, terraced rear garden, this presents a new owner with a once-in-a-generation opportunity to create a modern home at an iconic address. Behind an exceptionally handsome facade, 5 stories tall including an English basement, this magnificent townhouse has 18 fireplaces, original moldings, detailed mantelpieces and an ornamental cast-iron "Juliet" balcony which runs the width of the building. Since this townhouse is located in the middle of the St. Mark's Historic District, the extraordinary morning light and tranquility will be forever preserved. Given the scope of this offering, Rubicon Property has created a prospectus on this residence, its history and its future, which can be furnished on request by qualified buyers or brokers 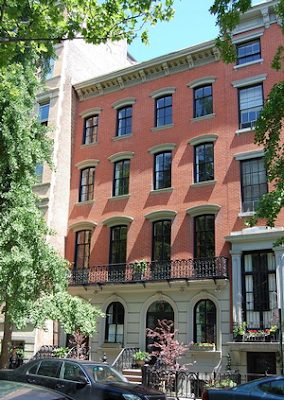 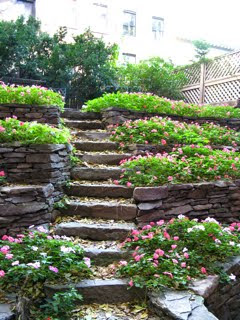 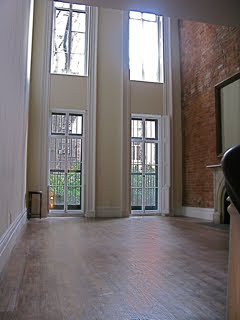 Oh, the point of bringing this up now? There is an open house at 123 E. 10th St. tonight from 6-9. With complimentary wine! (Woo!) Says a Rubicon rep: "This is a magnificent opportunity to look into a piece of history." And Rubicon donates a $1 to charity: water for every person who signs in for the open house.

So beautiful, I could cry. Would LOVE to be able to buy this home!

thankfully it's protected - there are probably countless developers foaming at the mouth to destroy this in favor of some luxury tower that looks like it belongs in Dallas. Or Miami. Or San Diego. Or Toronto. Or (insert city with character-less architecture here).

I'll put on my fancy monocle and get some vino tonight.

Beautiful. I'll probably go just to look. Hope I don't get too much stink eye.

I'm going to see Bryan Ferry tonight. And when he's done singing, I'm going 2 beg him to buy me this house and move into it with me.