'Artisinal cocktail bar' in the works for Avenue B

Most of the items on tonight's CB3/SLA docket are pretty straightforward ... exisiting places looking to upgrade or transfer a license... or a known entity, such as The Bean, applying for a liquor license...

One of the more curious items is:

This is the upstairs space that has been home to White Noise and Uncle Ming's ... 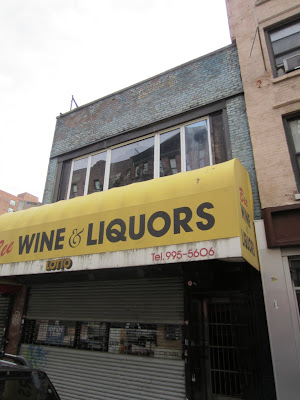 According to documents (PDF) on file with CB3, the team behind Alchemy Consulting is taking over this space. If their names are on the application, then it's likely safe to assume that they are taking a more active role than just creating a drinks menu, like they have for, say, The Rusty Knot. 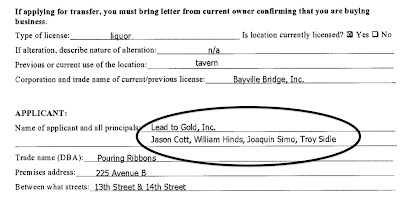 As you can see from the screengrabs below, the place is being described as an "artisanal cocktail bar" that will, aside from cocktails, serve "locally sourced sandwiches, crudite, hummus and desserts." 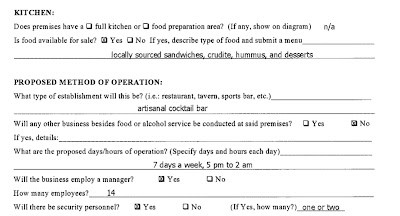 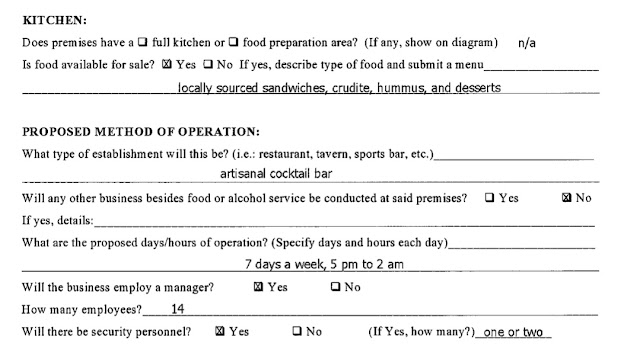 Alchemy Consulting is described its website as "a firm based on increasing the profitability of bars and restaurants around the country through innovative beverage design." New York clients include Bar Seven Five at the Andaz Wall Street and the bars at the Hotel Williamsburg.

Revolutionizing the traditional New York bar concept, Bar Seven Five combines modern accessibility and classic cocktails in the heart of Lower Manhattan. The central bar, fast becoming one of New York City’s most popular lounges, features neither front nor back, so patrons can enjoy complete ease of interaction with their designated bartender while watching their cocktails being prepared. Using artisanal ingredients, the staff at Bar Seven Five works to create classic cocktails with an emphasis on pre-prohibition design. Taking inspiration from the turn-of-the-century Pullman train car bars, each cocktail is individually prepared, served, and garnished directly in front of the guest in a miniature shaker.

I really don't think a description can get any stupider than "locally sourced sandwich."

Also, nothing says "pre-Prohibition era" like sandwiches, crudite, and hummus! (It actually says "I can't cook," "I'm really lazy," and/or "We don't have a legitimate kitchen.")

Finally, only someone not actually from downtown would "source" the upper-Avenue-B space over Bee Liquors as the "heart of Lower Manhattan." Lower Manhattan starts below Canal.

LvV: nice try but reality has become its own parody. You can't satirize this stuff.

Rue B has all the artisinal cocktails anyone could ever need.

I cannot stop laughing over "locally sourced sandwiches." So ridiculous and so predictable.

Isn't this practically right next door to the new Subway? That would be about as locally sourced as a sandwich might get.