On second thought, there is a garage at the Economakis Dream Mansion 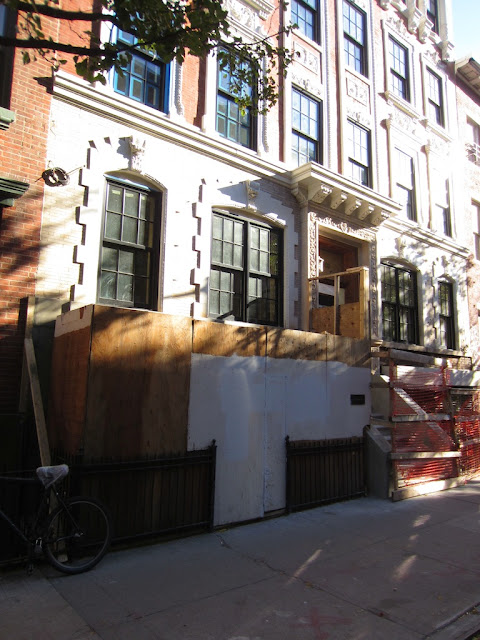 Just on Tuesday, we had given up on the gossip about a new garage at the former 15-unit tenement on East Third Street. However! A well-placed tipster says it's all true, possibly.

First, some paperwork from the DOB to install a new curb cut. (Notice it is in audit to revoke — which means??)

"The garage is already built. I haven't seen behind the plywood since the structural work was done so I don't know what it looks like exactly. There is a vandal and graffitti resistant (maybe tactical nuclear-strike proof) garage door which does not roll on a track like a typical door, but rises in one piece vertically through the floor above and stops behind the windows of the floor above."

Two other items of business:

1) Per a commenter: "If you look on the DOB website at job #110412232, Schedule A, it has a proposed 'community facility' where the storefronts are. Isn't this supposed to be a single family mansion?"

Fuck everything about this...and them.