Will repeat some of it now... the movie is about a contract killer in New York for a job during the Dec. 25 holiday season ... well, the trailer will tell you what you need to know...

Of interest hereabouts... the main character, "Baby Boy" Frankie Bono, stays at the Valencia on St. Mark's Place... which is the St. Mark's Hotel today, of course... 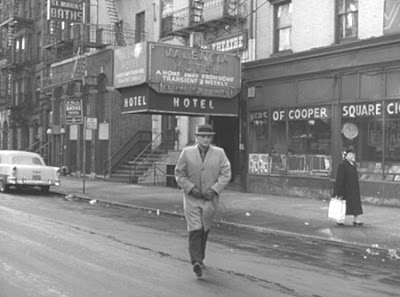 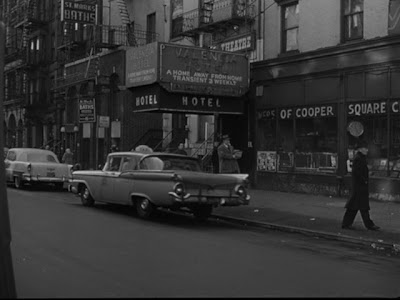 In the background, you can see the former Saint Marks Russian and Turkish Baths ... which became the New St. Marks Baths ... and, eventually, Mondo Kim's ... and now the NYC Tofu House...
Posted by Grieve at 6:39 AM