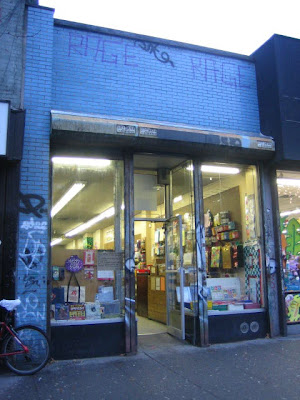 Back in 2008, the changing economics of the neighborhood forced the 41-year-old Yes! This Is Charlie's out of business on East 14th Street between Avenue A and Avenue B.

The neighborhood favorite variety store that sold a little bit of everything — greeting cards! activity books for kids! school supplies! — closed on March 31, 2008. (Read about the store at Jeremiah's Vanishing New York and The Villager.)

As manager Danny Rodriguez told The Villager: "Mostly outsiders are moving in, and they couldn’t care less about us. All the new shops don't cater to the people here. You feel like an outsider in your own neighborhood. To be honest, I don't think they even want us here. They would love it if little by little we would just get out so they can move into our apartments."

However, with help from some loyal customers, Charlie's was able to relocate to 167 Avenue C several months later in June 2008. (There's more on the move via Jeremiah's Vanishing NY here.) 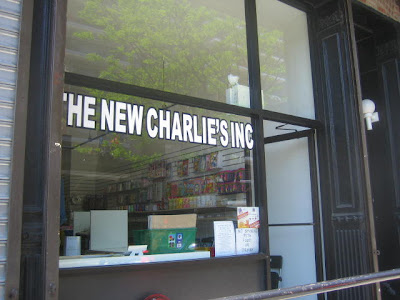 Unfortunately, we noticed that the store had seemingly disappeared the last time we walked on this stretch of Avenue C... Indeed, a salon has now taken over the space... advertising a Grand Opening as of yesterday... 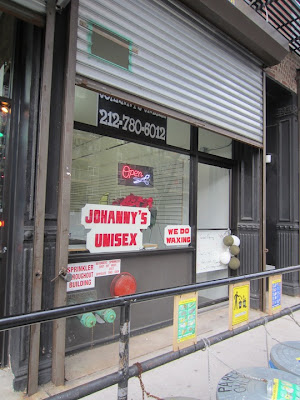 As a longtime customer told The Villager upon hearing that Charlie's was closing in March 2008: "I've been coming here since I was 7 or 8," said a 46-year-old Hispanic woman. "We need to have our community stores. This is what keeps the neighborhood healthy. There is so much greed that is destroying the neighborhood."
Posted by Grieve at 6:45 AM

very sad to hear this.

it seems like most of the businesses that get pushed out and manage to relocate, eventually fail in the new location. so when we hear of a place relocating, it's not always great news.

Is Johanny's Unisex moving back to Ave C after the last 2/3 years on Clinton? Her old space on Ave C and 5th has been vacant since she left.