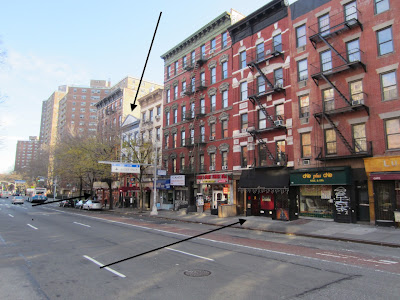 For better or worse, changes are likely for three nightlife establishments on the east side of First Avenue between First Street and Second Street. Let's take a look.

On the corner, there's the long-dormant Cafe Rama space... 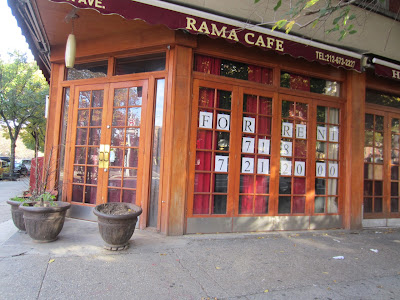 In the fall, The Bean announced that it would take over this space. Since then, however, The Bean decided to focus on their new locations on Second Avenue at Third Street and First Avenue at Ninth Street instead. The space is now for rent.

Meanwhile, people have been buzzing about the anticipated departure of Lucky Cheng's (and Bento Burger around the bend on Second Street). 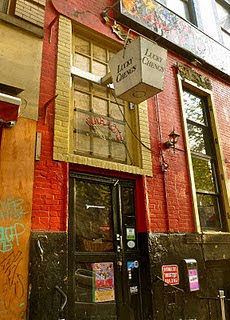 As Grub Street first reported, owner Hayne Suthon is planning to relocate to Midtown. And her First Avenue empire is on the blocks. (By the way, if you haven't already, then you should really read Jeremiah Moss's post on the recent history of this address at Vanishing New York.)

And then there is Sutra, the lounge-club owned by Community Board 3 member Ariel Palitz. 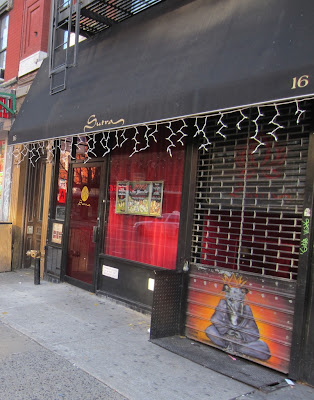 As we first reported on Nov. 7, Palitz decided to put the space on the market "to explore its value and interest."

So that's three of seven businesses on one short block where we may see some changes. 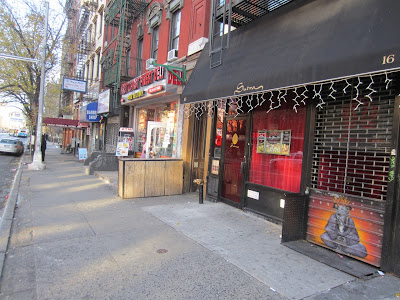 The possibilities are probably endless. Which isn't always a good thing.
Posted by Grieve at 6:50 AM

Boy would I love to open something really good in one of those places. Hopefully in another few years!!!