Housecleaning at the former Yummy House 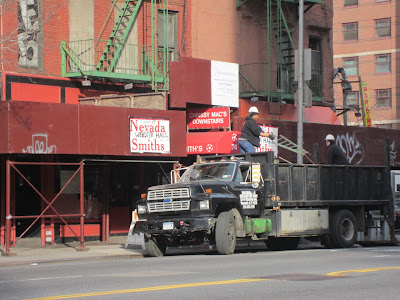 Over on Third Avenue near 12th Street, workers are on the scene emptying out the former Yummy House space... which, along with the former Nevada Smith's home next door, will be demolished to make way for this. 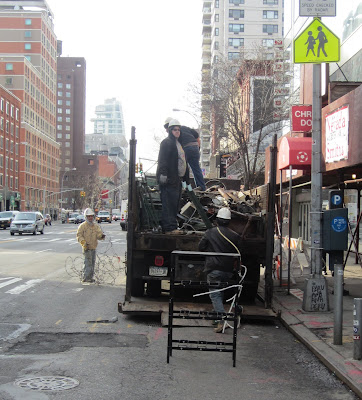 We saw them toss an fax machine and some security lights and some broccoli with eggplant in garlic sauce. 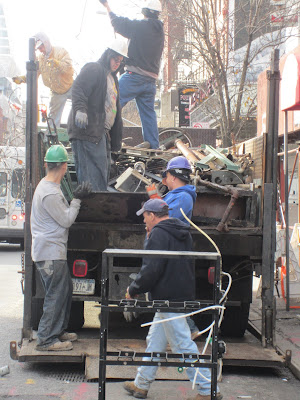 Anyway, Yummy House is now over on Second Avenue and 11th Street ... and, until Nevada Smith's reopens up the Avenue, they're showing matches at Webster Hall...

The East Village will lose a parking lot and gain an apartment building
Posted by Grieve at 1:01 PM

Still grieving for Yummy House. Also let it be known that the "new" Yummy House is so in name only. It's not the same food at all. Fool me once, shame on you, fool me, won't get fooled again.

Huge loss for the hood - cheap and clean place gone!Buhaaaa!