In recent weeks you may have noticed the arrival of a Bruce Lee mural on the shed/storage space outside Wholesome Foods on Seventh Street and Avenue C... 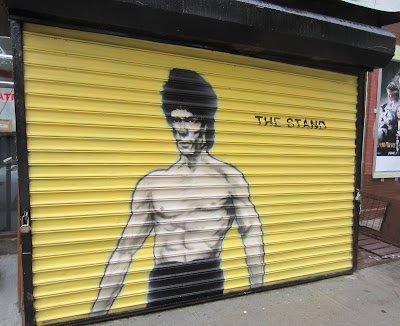 The space is now home to the Stand, a gallery "presenting works by Street, Homeless and Unknown Artists." 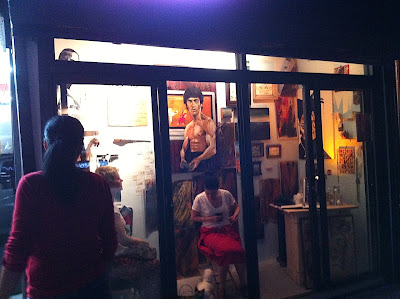 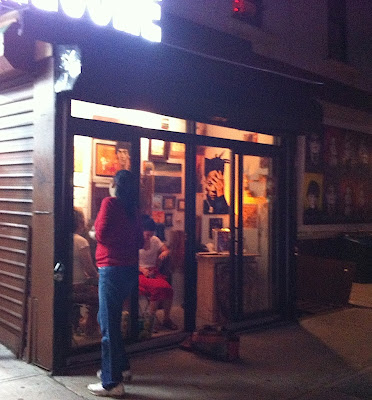 In an email to us, proprietor Lori Der Hagopian said that she plans to keep The Stand open indefinitely. You may know her from her Strange Bird Productions. In 2007, she exhibited work in a two-inch-square ad space in the art section of The Village Voice.

So something of this scale may not be such a surprise. Per an article from September 2007 in The Brooklyn Rail:

Rather than endlessly — often enviously — decry the market-driven arrivistes so overexposed in Chelsea, consultants minting bullion from gullibility, Strange Bird practices instead the lost art of invisibility, even a science of silence.

Here's some of the art she has featured on the Strange Bird Tumblr.

We plan to do more about The Stand. Just wanted to let you know about its existence in the the meantime.

Email ThisBlogThis!Share to TwitterShare to FacebookShare to Pinterest
Labels: The Stand

I'm definitely checking that out, thanks for posting the information.

I'm going to stop by Friday for sure! Thanks Lori for this!

a very cool and welcome addition to the neighborhood.