The Yippie Museum Cafe is in financial trouble 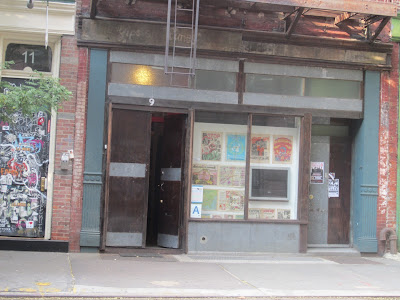 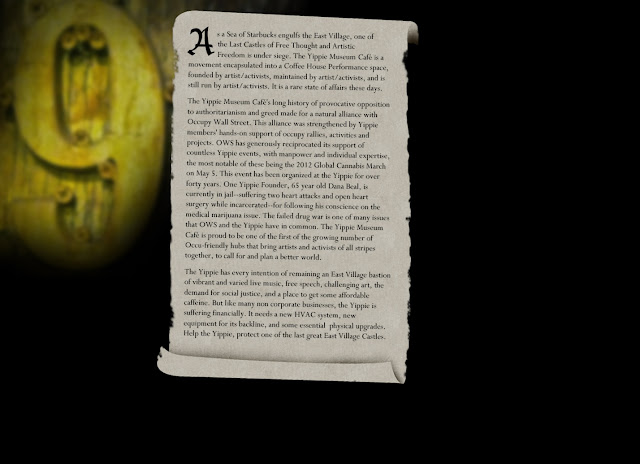 According to a letter on the Yippie's online donation page:

"The Yippie has every intention of remaining an East Village bastion of vibrant and varied live music, free speech, challenging art, the demand for social justice, and a place to get some affordable caffeine. But like many non-corporate businesses, the Yippie is suffering financially. It needs a new HVAC system, new equipment for its backline, and some essential physical upgrades. Help the Yippie, protect one of the last great East Village Castles."


As of last night, they had collected just $230, well short of its planned $10,000 goal. Megan Hayes, the Yippie's events coordinator, told me that "every penny is going to improving and revitalizing the space." (According to an article from 2006 in the Sun, the Yippies partnered with a group called the National AIDS Brigade to purchase their longtime headquarters for $1.2 million in 2004.)

There's also fundraiser on Sunday from 4:30-10 p.m. hosted by John Murdock and Joey Gay of WBAI's Occupational Hazards. There will be other various speakers and musicians during the late afternoon and early evening as well.

Is there any danger of The Yippie Museum Cafe closing?

A common sentiment: Sad but not surprising. Unfortunately, the Yippies mean nothing to people under a certain age.

This news will sail over the heads of those whose only movement is about finding the best brunch spot or craft beer in the city.

I can donate cash and/or new gear for their backline.

John Sinclair is from my hometown. Long live the Yippies!

Guess, Dana can't shovel out the green like days gone by

Keep it open so people claiming unemployment benefits can call it a "job" and look hip.

Hate to hate to say this, but the Yippie would be doing just fine if they served alcohol or even were able to host events where people could bring their own. It's probably the sole reason there aren't more poetry readings, live music events, etc at this historic venue. Sad but true.