The CBGB movie will mostly be filmed in Savannah, Ga.

Seems as if there's more CBGB movie news coming out every day... Two weeks ago, the filmmakers announced that Alan Rickman will portray CBGB founder Hilly Kristal in the biopic about the club's origins. 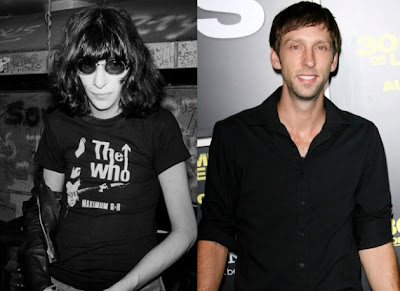 Now I'm wondering where husband-and-wife filmmakers Jody Savin and Randall Miller might shoot some of the scenes about the early days of CBGB on the Bowery... 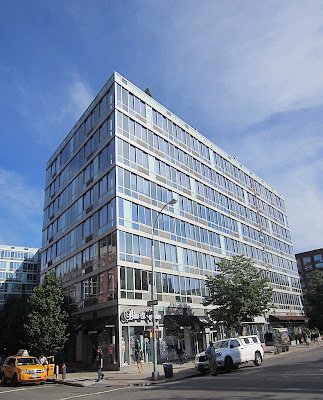 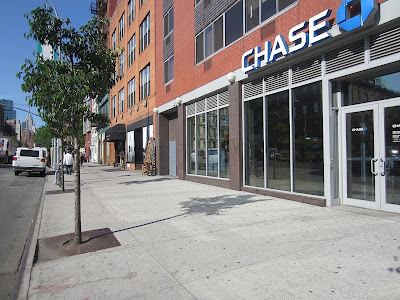 Certainly the magic of movie-making can transform any block or soundstage into another world... Anyway, we have part of our answer here. According to post on the WTOC-Savannah website Tuesday, crews will be filming in that Georgia city starting June 25.

The inside of the bar is set to be built in Savannah's Meddin Studios, where all the filming will take place. Nadine Jolson, spokeswoman for the film, said director Randall Miller was drawn to Savannah and to Meddin after producing the film Savannah in the Hostess City last year. Georgia's generous film tax credits were another draw, Jolson said.

As for exteriors, in an interview published yesterday in the Savannah Morning News, Miller said "we'll do some shooting on the streets of downtown Savannah — and finally a few days in New York. We're using both Georgia and New York for New York."

According to the Times Miller hopes to debut the film at Sundance in January with a release later in 2013.
Posted by Grieve at 6:30 AM

Here we go again. Hollywood thinks if they have a bunch of actors dress up in Ricky's style Halloween costumes from the period that it will be a convincing portrayal.

No CBGB movie. No more biopics. If you want to see what CBGB was like watch the documentaries if there are any.

Deborah Harry will be played by Malin Akerman.

Pretty sure Debbie said a few years ago that the only one she wants playing her is Kirsten Dunst. I tend to agree. I think this movie is gonna blow.

I'll back the no more biopics play. The only one I found even remotely interesting was the Johnny Cash one and mainly for Reese and Joaquin singing "Jackson"

They slayed it. Maybe even better than Johnny and June.

And Rupert Grint from Harry Potter as Cheetah Chrome?

I mean, this could be...fun? right? That Runaways movie wasn't too bad. And it's not like the current pop-cultural status of CBGB is sparklingly accurate. If some folks can walk out of a Hollywood picture saying "Hmm, I should check out some Dead Boys records, they seemed pretty rad...", I'd say it's not a wholly bad thing.

Slightly off topic... the same director is also going to do a Dennis Wilson biopic with Aaron Eckhart in the lead.

But Martin Starr looks nothing like Hell. He is nice-looking, but the bone structure, lips, eyes are all wrong.

I vote for Johnny Borrell (he's even a bass player!) or Garrett Hedlund.

"And Rupert Grint from Harry Potter as Cheetah Chrome?"

wasn't cheetah one of the guys who jerked off into the chili or some shit like that...the only good think i can say about this movie is it is not a remake like every other piece of shit excreted from the hollywood corporates lately.

Wow - I will definitely not be going to see this. This can't possible do this era or the club justice.

I agree with the first commenter. I'd much rather see the producers of this putting the money behind a documentary of CBGB's instead of what's probably going to be a very embarrassing movie.

What is this incessant need to document fleeting moments? It runs counter to the very idea of why these places existed. If you wanna see history...go here: http://www.amnh.org/

who is playing Dana

I have heard that Ryan Hurst will be starring. Any truth to that?