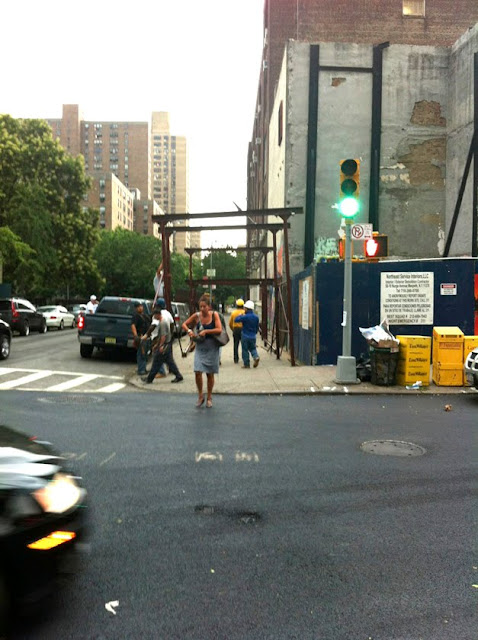 After a few false starts, demolition is under way at the long-empty 185-193 Avenue B at East 12th Street. EVG reader Ron Z sent along these shots from today.... 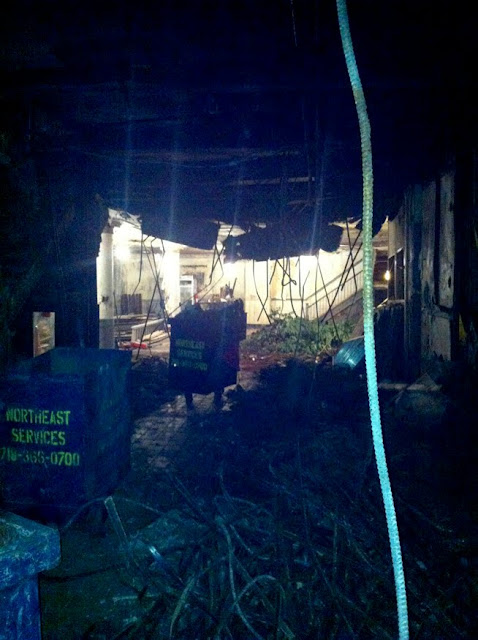 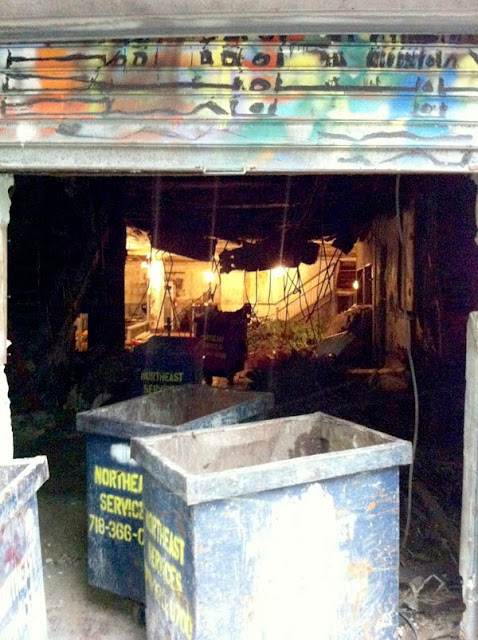 7-story building in the works to replace former countercultural theater/church on Avenue B
Posted by Grieve at 1:11 PM

Email ThisBlogThis!Share to TwitterShare to FacebookShare to Pinterest
Labels: 185-193 Avenue B, The Charles

Ed Sanders talks about the Charles Theater in his memoir 'Fug You'. They would screen films there and then hang out at Stanley's on the opposite corner. I'd give a finger off my left hand to go back in time and experience that era in the EV. The unfortunate building that is now going to be in place of this once vibrant corner should be called 'Generic Fucking Pussyville Estates' or maybe 'Douche-Town Arms'. Seriously, I can not believe these punk-ass zombies are taking over this neighborhood. GODDAM it fucking pisses me off!