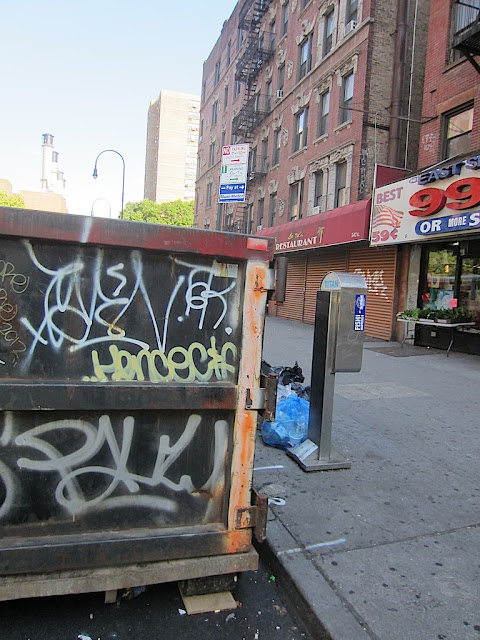 Several readers noted that workers looked to be clearing out the restaurant near Avenue B yesterday... we stopped by later, but no one was around... and the gates were closed... 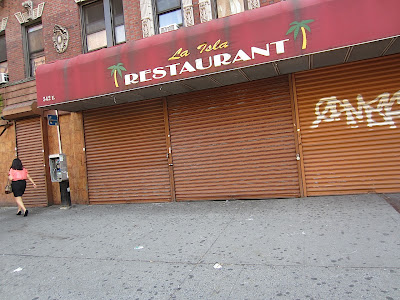 We also called, though there wasn't any answer or outgoing message... Perhaps they're doing some summertime renovations...

Anyway, it is (or was) always an inexpensive option for large servings of, among other items, rice and beans ... mashed plantains... papas rellenas. I don't recall any meals on the menu being more than $7 or $8 (excluding the combo meals!)...

CB3 OK'd a beer-wine license for them back in September 2010. 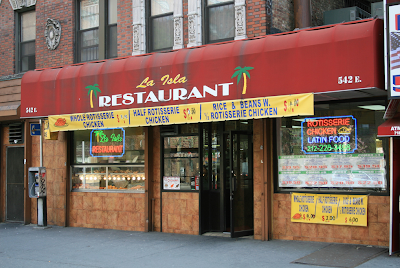 If you miss La Isla, go to Gena's Grill on 1st Ave...I think it's better and the prices are very reasonable.

OMG nooooo! The best rotisserie chicken ever! How can this be, it was always busy?!?

yes they are closing due to a big rent hike

The La Isla near us at Delancey and Pitt is still open so far. Whew.

So disappointed, loved their Mofongo and their food was always at a great price and awesome portions.