There are reports of a fire in the Union Square subway stop... no word how extensive this might be... possibly contained to one small area on the south side of East 14th Street outside the Duane Reade ... am posting tweets/photos as people post them to Twitter...

@evgrieve what's with the fire at union sq subway station? I saw flames come up through the grates on the sidewalk!
— Meredith Franks (@mfranks715) July 20, 2012

Fuck, something on fire in Union Square & it's rumbling & who knows what all. Anyone know scoop? Either way, I'm outta here!
— Patty Garcia (@opattyg) July 20, 2012

Fire in the subway station at Union Square. Walked out through tons of nasty smoke! Hooray!
— Megan (@meganlibrarian) July 20, 2012 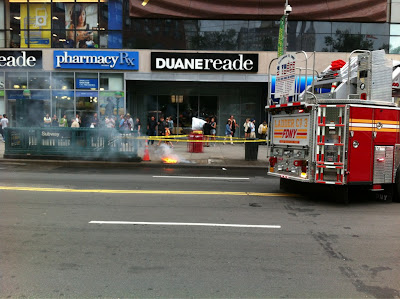 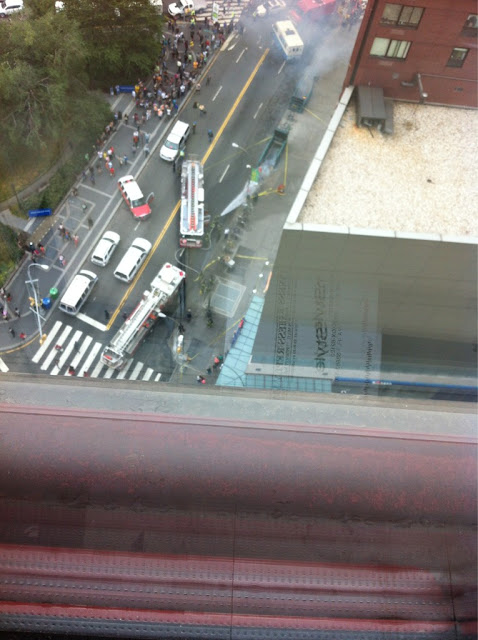 Per a witness: "Word on the street is electrical converter on fire underground at Union Square." 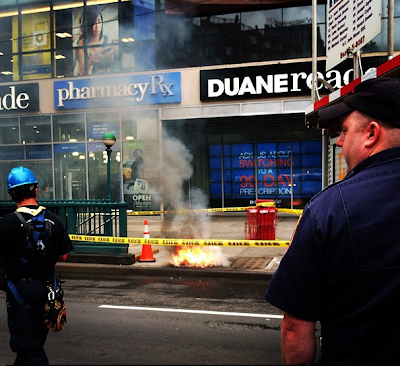 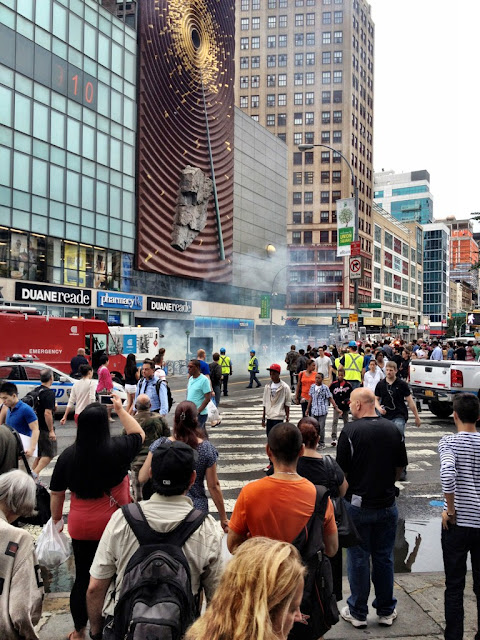 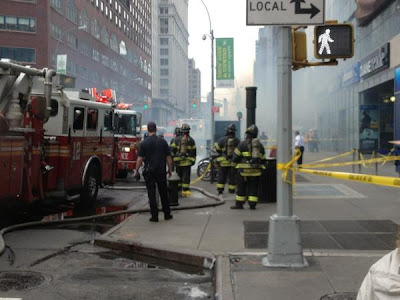 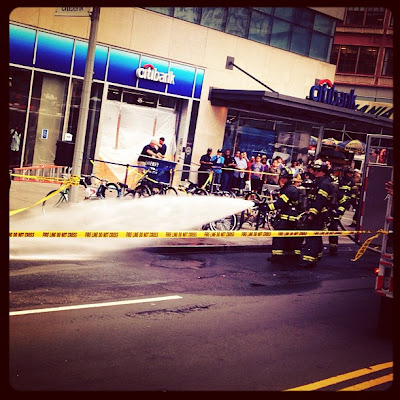 Per Gothamist: "Con Ed says the fire at Union Square is out, and was caused by 'failure of electrical cables.'"
Posted by Grieve at 1:08 PM

I don't suppose this has anything to do with ConEd having locked out all of its workers?

Um, the photos are of New York. Look at the fire engine...