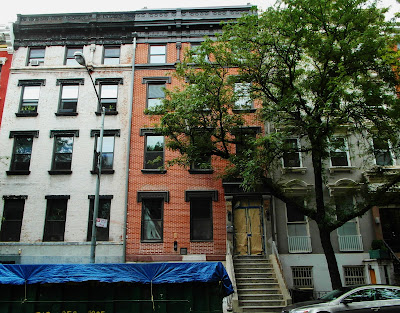 "Just as they were putting the finishing touches on 315, there was a flood that apparently did a good amount of water damage on multiple floors to several of their brand new apartments. There were all kinds of cleaning-service vans around ..."

No word from the workers on the extent of the flood damage.

Developer Ben Shaoul has been converting the building from nonprofit use to residential. 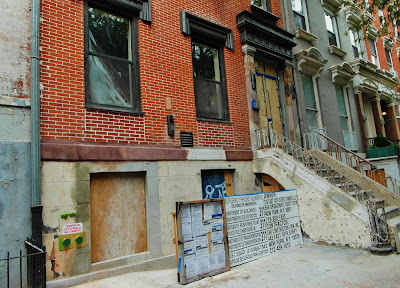 [Photos by Bobby Williams]
Posted by Grieve at 6:45 AM

Roof leak or burst pipe (or something in that family)?