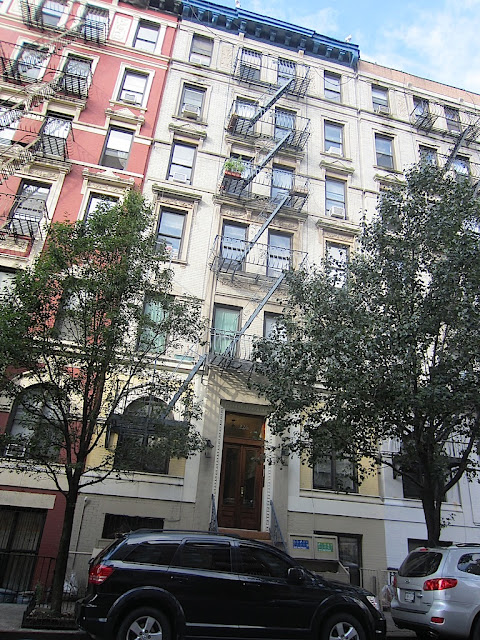 We've had several thousand posts of late about the Mystery Lot ... as well as on 222 E. 13th St., the long-abandoned building between Third Avenue and Second Avenue that will become the Bea Arthur Residence ... providing housing for up to 18 homeless LGBT youth.

During all that, a few people brought up the pivotal role this stretch of 13th Street played in "Taxi Driver." Well, all that has been well-covered before... but it does seem like a good time to quickly revisit the 1976 film.

Plenty has been written about the locations for the movie, most notably Scouting New York, who meticulously created now and thens for a post in October 2009.

Here's Iris and Travis traveling east on the street (The Jefferson Theater is on the left, where the Mystery Lot is now)... 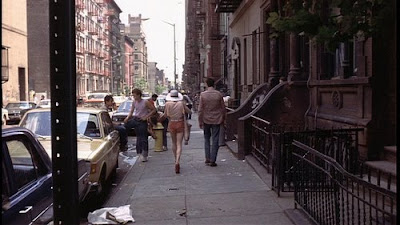 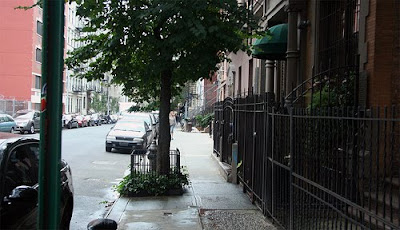 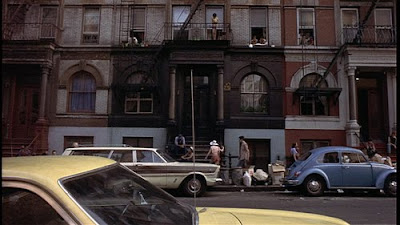 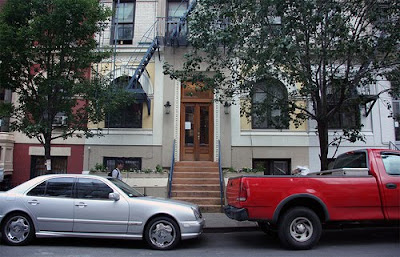 And here's Sport and Travis...

Christmas Eve, 1980. I was 23, and at Luchow's for dinner with two friends. We were all dolled up in our best dresses, waiting in the bar area for our table. Standing at the bar, Harvey Keitel. He caught my eye, smiled at me, and gestured that I should come over and join him. I was shocked and way too flustered to respond, so just looked away. At that point our table opened up and we went in to the dining room. But every now and then, when I see pictures of him from that era, I remember, shake my head and wonder, "What if...?"

@ Anonymous: the important thing is that you ate at Luchow's. Harvey Keitel is still around, for whatever that's worth. I got to eat at Luchow's only once when I was young and it was a big thrill. I only wish I'd done it again while I had the chance!

Can we get more PICS
of Iris?

via Google maps confirmed 204 E 13th with the blue painted columns in the clip with Harvey flexing his limbs is still there though now gray.

Nice - now I'll announce I'm hip whenever I walk by.

I wouldn't be surprised if John Hamm studied DiNiro in that scene for some inspiration for Don Draper.