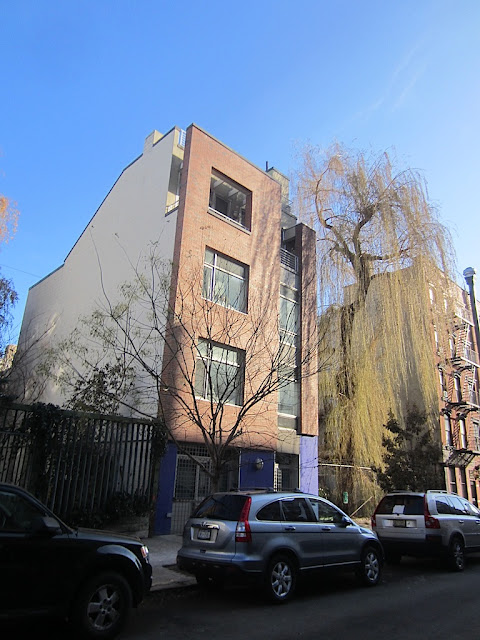 EVG regular AC pointed this out to us... one of the many apartments damaged by Sandy's floodwaters ... over on East Eighth Street near Avenue C, workers spent Saturday gutting this really nice ground-floor apartment... 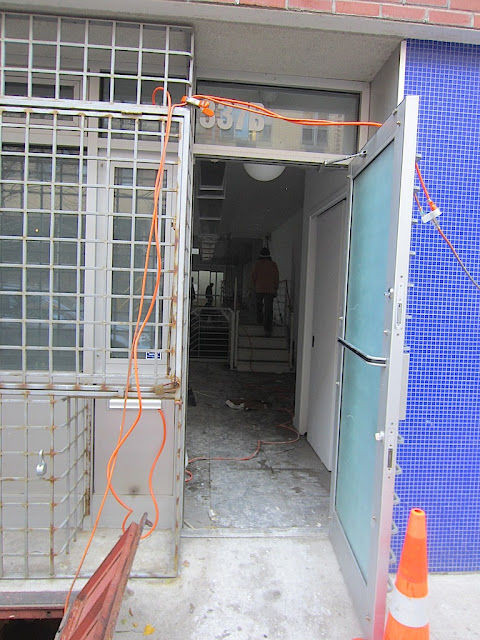 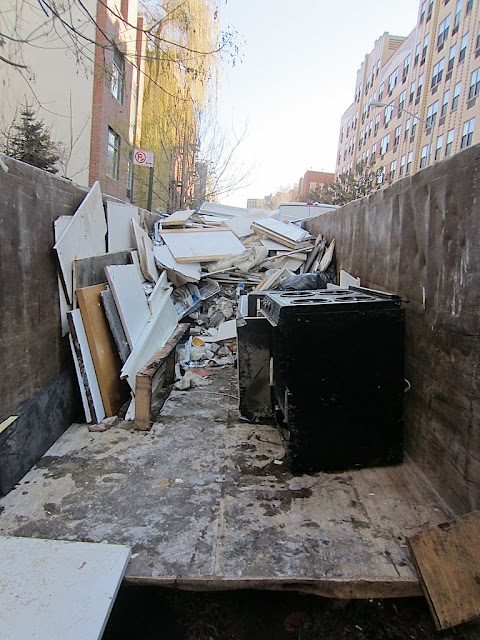 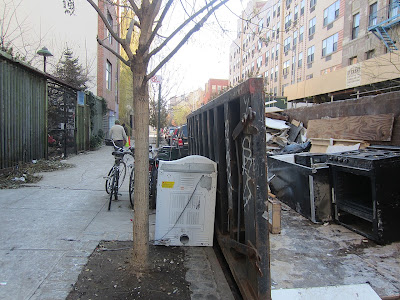 We recall seeing the listing for this space before... a 2,500-square-foot home with two bedrooms... going for $6,950 a month, per Streeteasy. Some pre-Sandy shots... 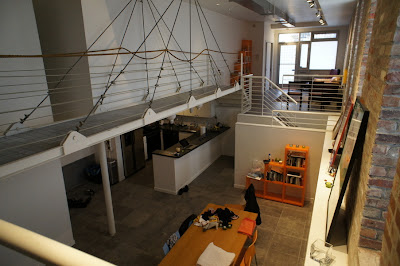 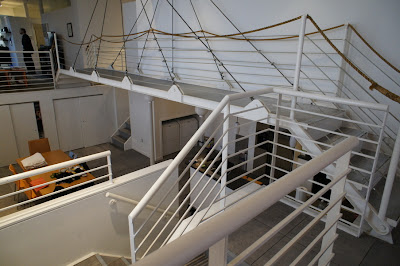 According to the listing: Built in 2003 with a contemporary facade of brick and Bisazza glass tile on the site of the celebrated "8BC Club." The dramatic interiors are bright and expansive and boast designer details and fixtures.

8BC was the performance space/club/gallery that saw the likes of They Might Be Giants, Karen Finley and Steve Buscemi take the stage during its run from 1983-85... 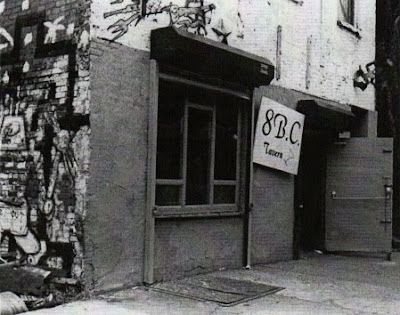 John Linnell of They Might Be Giants talked to us about 8BC during a phone interview that we published in April 2011:

8BC was like "The Little Rascals." They had this whole thing when they put on a show, the curtain was made out of like stiched-together blankets. Everything seemed really homemade. That's how 8BC felt. There was a big curtain they raised just before the band came on. The audience was in this pit that someone had dug out for the crowd. The stage was at street level and the crowd was down below. It was like a big, silly variety show. [8BC] did not appear to be taking itself seriously. But there was this enormous range of strange and interesting acts. We met so many people, some of whom are still dear friends.

Email ThisBlogThis!Share to TwitterShare to FacebookShare to Pinterest
Labels: 337 E. 8th St., 8bc

How you forgot to mention that Butthole Surfers played here, I'm not sure, but you are forgiven.

love linnell's memories but have to point out that the curtain wasn't made out of blankets. we had a contact in the fabric business and the only thing they had (for free) in sufficient quantity was a heavy weight ivory raw silk. I kept a few yards of it and had a suit made so that when I stood in front of the curtain I could be invisible.