Now what's going on with the Nino's space?

So, Nino's Pizza on Avenue A and St. Mark's Place closed sometime after Superstorm Sandy... and we heard multiple stories about its future ... Then! A few days later, a sanitized, woody Nino's reopened, but the place didn't seem the same. One reader said, "It looks like the inside of a pine coffin."

Plus, the pizza was a little different. And people didn't recognize the workers. Now, in the last few days, the place has closed again. Looks as if workers are refurbishing the interior again... (maybe the communal table will become a reality?)

Anyone know what's going on here...? Workers have painted the exterior and removed the Nino's lettering... 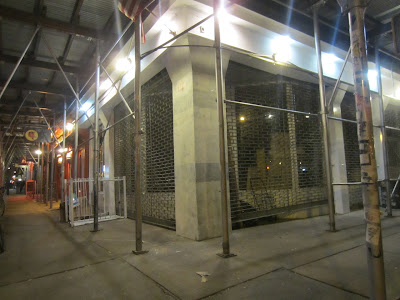 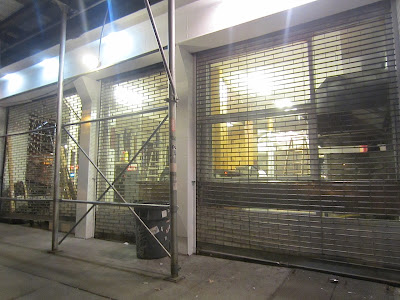 Finally, a random find on YouTube ... a video shot at Nino's after news circulated about Whiney Houston's death this past February...

I vote this place THE ugliest pizza joint in the city. It looks like a high school shop class. I was expecting to see wooden duck flower boxes in the windows.

i went in last weekend and grilled them. "QUE PASO AQUI??" asked them what happened to the guys and they played stupid. pushed for info and they said one owner was the same and that the pizza was the same. they told me to try it. said i'd be back. wonder what they're doing now.

It totally looks like the inside of a coffin! Or a really bad ski lodge in NJ. Every time I walk by, I think, 'Ew!'