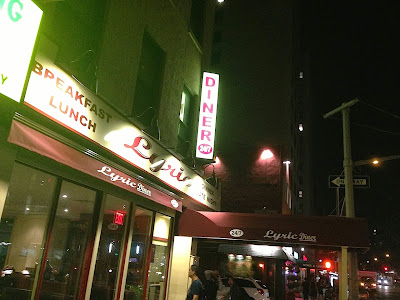 As you may recall!

Taverna, the Greek restaurant that took over the Lyric Diner space on Third Avenue at East 22nd Street, closed back in August after just six months in business. The same owners closed Lyric Diner during the summer of 2012.

The owners had been revamping the space to return it to its old diner self... and the Lyric Diner 2.0 reopened yesterday, as several EVG readers have noted. Said one: "I live across 3rd Avenue and saw the open sign last night... went in to check it out and they are firing on all cylinders!"

Here's a look inside Tuesday night right before the grand reopening... 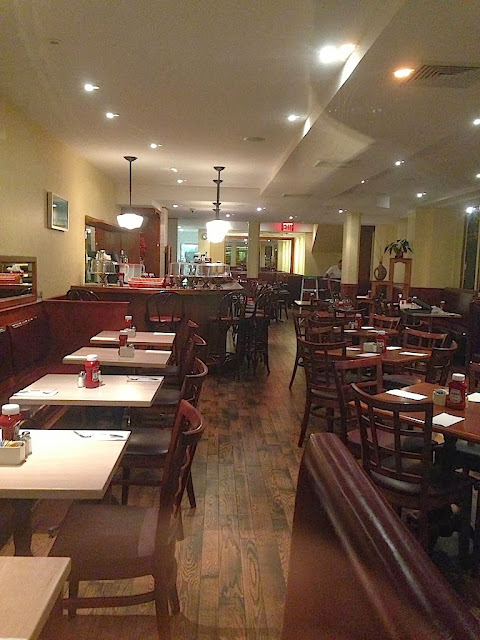 Previously.
Posted by Grieve at 11:25 AM

This story brought to you by Franz Kafka.

looks beautiful inside, gotta check it out one night.

Kafka with a happy ending?

power to run it cost too much (neon sign)

The Lyric Diner is closed again. According to waiters at a nearby restaurant the owner told all the workers on Thursday afternoon they were closing due to lack of business . The Lyric has brown paper covering all on the windows, and no signs to thank customers or to say what happened, just like the last time.