Updating: Fire reported on the rooftop at Kiehl's on 3rd Avenue

The address is Third Avenue at East 13th Street. In the building that houses Kiehl's. The rooftop features the cottage-style penthouse. 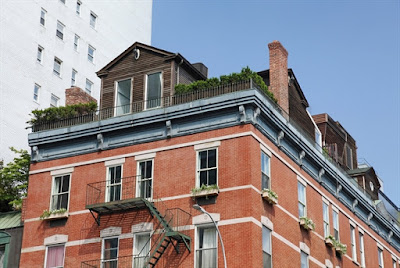 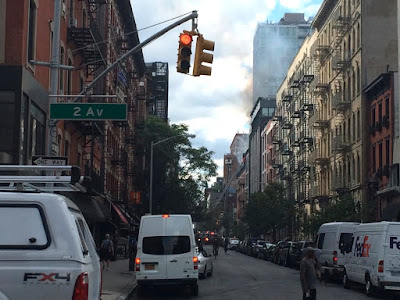 That nice EV penthouse on 13th St. & 3rd Ave. that was just sold is on fire! @evgrieve #eastvillage #fdny pic.twitter.com/5walmtAa44 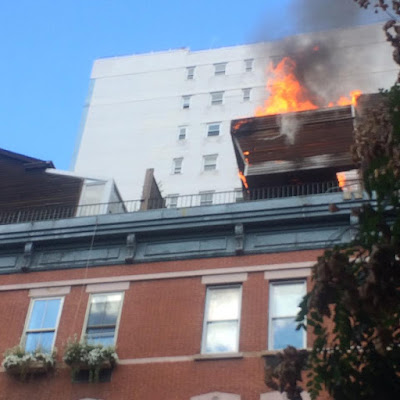 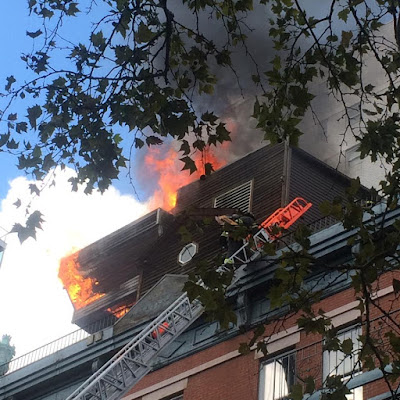 Via EVG reader Justin, who is at the scene: "Hard to know for sure, but it the FDNY seemed to have it under control quite well. Dozens of firefighters on the ground standing by, a couple on the ladder/bucket, and maybe only 10 on the roof. Seemed like routine work for them. It's mostly out now; no flames visible anymore."

And here's a photo via Justin from just after 4... 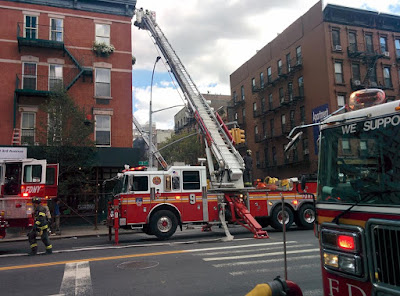 Looks like the flames are out at the @Kiehl's building and #fdny is working on hot spots. cc @evgrieve pic.twitter.com/NgEmBQerV1

The FDNY told CBS 2 that there weren't any injuries. There's no word yet on the cause of the fire.

The penthouse cottage was in contract, according to Curbed. The asking price had been $4.4 million.

That place just went into contract, was listed at $4.4 million. Guess it didn't come equipped with a decent sprinker system.

Our dreams, up in smoke!

Not my dreams, Goggla! I saw the place at an open house years ago when it was on the market, and the layout was just plain screwy.

If I remember correctly, the roof used to have a hot tub - wonder if the hot tub got too hot?

Just saw this on 7. What a shame. I loved this apartment. Hope no one was hurt.

I hope the party in contract can get out of this deal. The new owners did not have possession of the apartment so I assume they just dodged a bullet.

I believe Matt Damon owned that spot around '04-'05. If not that one, somewhere close by and similar looking.