Wine, brandy and French-Mediterranean cuisine in the works for the former Luca Bar 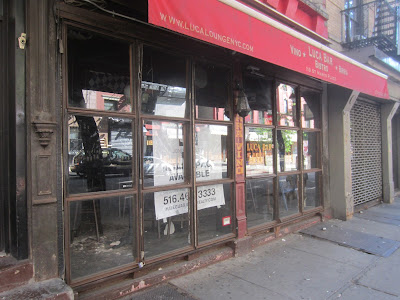 The former Luca Bar space at 119 St. Mark's Place between Avenue A and First Avenue hit the market in the early summer.

And there's a taker for the space. Reps for Le Delice are on tomorrow night's CB3/SLA committee meeting docket for a new liquor license. The bar-restaurant will serve French-Mediterranean cuisine, according to the PDF on file at the CB3 website.

The notice on the front door refers to Le Delice as a "wine and brandy establishment." 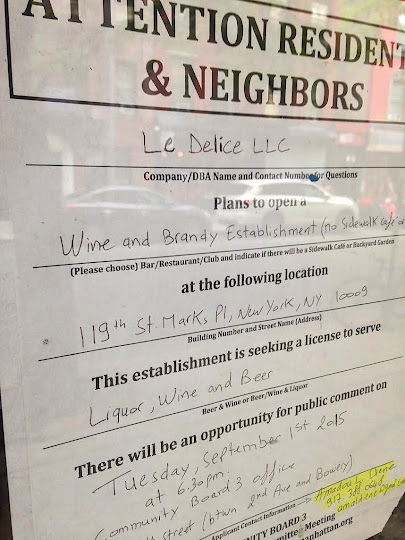 The application shows a configuration with 10 tables good for 24 seats and a bar with 15 stools. The proposed hours are 5 p.m. to midnight Monday-Wedneday; until 1 a.m. Thursday-Saturday… and there are opening hours of 11 a.m. on the weekend for a likely brunch service.

The SLA meeting is at the CB3 office, 59 E. Fourth St. between Second Avenue and the Bowery.

Luca Bar closed back in late April.
Posted by Grieve at 4:16 AM

Is that a special designation under the NYC likker license laws?

New bar asking for full liquor in the East Village and only open to 1am? That's a first