Boarding up Mamani Pizza on Avenue A 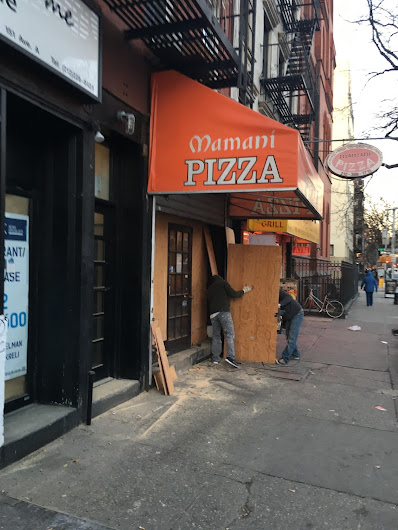 This afternoon, workers started boarding up the entrance to the former Mamani Pizza space on Avenue A between Ninth Street and 10th Street.

This isn't terribly significant ... though a reader told me that people have been squatting inside the space in recent weeks... 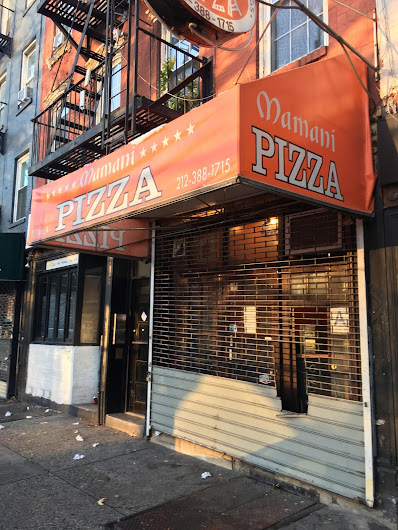 There was a gap in the rolldown gate where the ATM used to be... which apparently provided passage (the gap, not the ATM) to the rear of the former pizzeria ... 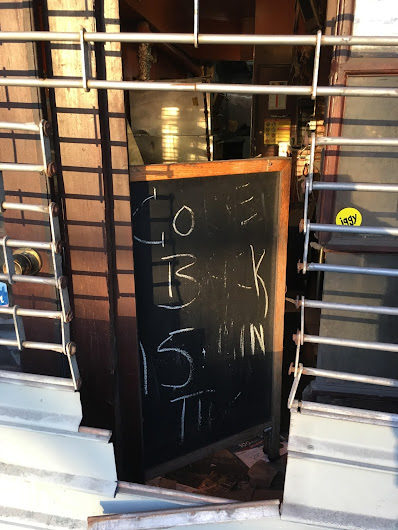 The Marshal seized the 99-cent sliceria back in June. There haven't been any for rent signs on the storefront since then.

No. 151 is owned by Raj 151 Avenue A LL and managed by Marolda Properties, per public records.
Posted by Grieve at 6:04 PM

As they said Back in the Day Why Delay Squat Today