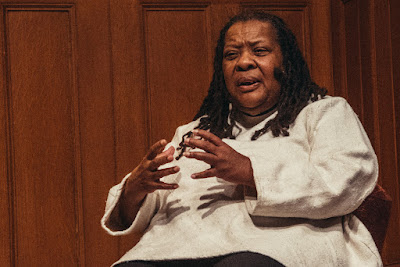 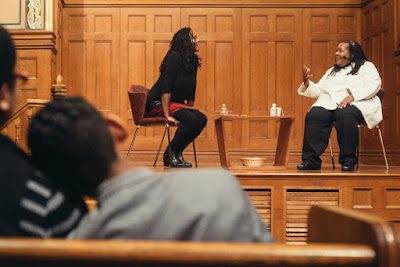 Sales described her work with The Student Non-Violent Coordinating Committee (SNCC), the critical role of women in the Movement, and gave the attentive audience context as to the foundations of racism and bigotry that have permeated American society.

“For black people, the streets and the fields have always been subversive sites,” Sales contextualizes. “It was the same during the Southern Freedom Movement. The streets that once upon a time where places in the South where black people should not be caught. We transformed them from dangerous places to liberating spaces.

“One of the things that the Movement literally did was to transform sites of terror, sites of oppression, into sites of liberation and sites of honor,” she said. "It was an honor to go to jail. It was an honor to be arrested on the streets of America.”

Though there were many enlightening moments, perhaps the most salient point was her description of a movement.

“A movement is dangerous, it’s not warm and fuzzy and cozy,” Sales said. “It doesn’t happen without a community to cover and guard you. It’s not an action of a few justice elites. It’s a community enterprise. You can’t be in a movement if you are afraid to die.” 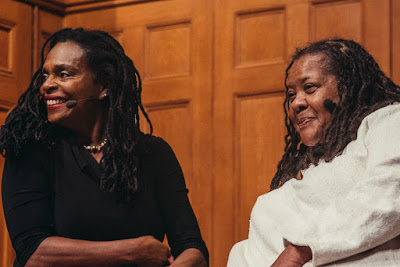 The talk was led by Middle Collegiate Church’s Senior Minister Rev. Jacqui Lewis (above, left), who told of Sales’ direct impact on her life. Watch the full discussion here.
Posted by Grieve at 9:18 AM

“A movement is dangerous, it’s not warm and fuzzy and cozy,” Sales said. “It doesn’t happen without a community to cover and guard you. It’s not an action of a few justice elites. It’s a community enterprise. You can’t be in a movement if you are afraid to die.”

RIGHT ON! Finally, someone is daring to speak the truth. Ain't nothing going to change unless you're willing to get your hands dirty, but more importantly, bloody.

Here's a book to read on MLK day:

William F. Pepper, "An Act of State: The Execution of Martin Luther King."

He was killed because of his opposition to the Vietnam War and his advocacy of social change. The FBI, CIA, the military, Memphis police, and organized crime all had a hand it in.

Thanks EV for covering this. I had to miss it, regretfully. Middle Collegiate Church is a good place to plug into ideas and support if you’re not happy with the current state of affairs.

Bill, that sounds like a lot of conspiracy nonsense. The government wouldn't assassinate one of its own citizens, especially an incredible influential one loved by people the nation-over. Leave these women alone.

Middle Collegiate Church is an important and great asset to our neighborhood. It brings it all together with its diverse programs and people from all walks of life. We are so lucky to have them and St. Marks Church.