The Sunshine Cinema shuts down after Sunday 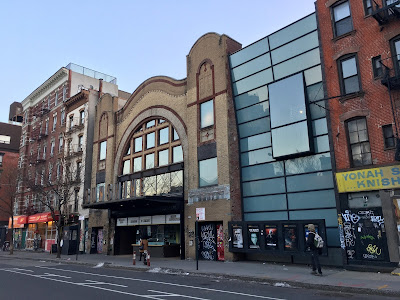 As you've likely heard by now, the Landmark Sunshine Cinema on East Houston closes after its slate of screenings on Sunday.

News emerged last spring that East End Capital and K Property Group bought the building for $31.5 million with plans to convert it to a mixed-use development with retail and upstairs office space. The site includes 20,000 square feet of air rights.

In November, the new owners of the building filed demolition permits to take down the three-level structure here between Eldridge and Forsyth.

As for the last weekend of films, there's nothing special planned, per Deadline Hollywood, who first reported on the closure on Jan. 9.

Per Ted Mundorff, CEO of Landmark Theatres: "There's nothing to celebrate."

There are five films playing to close out the weekend, holdovers from recent weeks: "Hostiles," "Darkest Hour," "Three Billboards Outside Ebbing, Missouri," "In Between" and "The Room." (No Tommy Wiseau in person, though.) 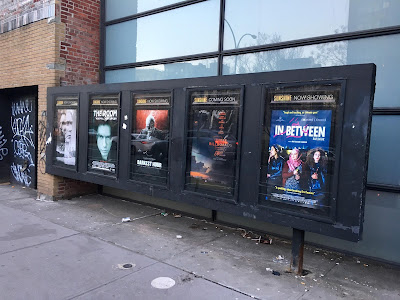 At midnight, there are screenings of "Dog Day Afternoon" and "Super Fly."

Landmark will continue the midnight-movie tradition at their new West 57th Street location, which includes a cafe with a liquor license...

As our #SunshineAtMidnight series draws to a close this weekend, @TheLandmark57W will be continuing on the tradition of midnight shows for @TheRoomMovie.

Advance tickets for their first weekend (January 26-27) of #THEROOM are on sale now! https://t.co/xD6eeXrSgU pic.twitter.com/nLaUNfkbV2


Landmark reportedly had the opportunity to buy the property, but decided against it after CB3 voted down a proposal for a full liquor license for a cafe in the theater in 2012 for pre- and post-movie drinks and dinner. As The Lo-Down reported at the time, "residents in attendance ... expressed serious concerns about the application in an area already teeming with nightlife activity."

Built in 1898, the Sunshine Cinema building was formerly the Houston Hippodrome motion picture theatre and a Yiddish vaudeville house. After sitting abandoned for many years, the building was renovated ... with the Sunshine opening on Dec. 21, 2001.

East End is planning to re-develop the building into a mixed-use retail and office project. While pursuing tenants interested in utilizing the structure in its current form, work is also underway for a new, best-in-class office building with retail at the base – a first in the rapidly evolving Lower East Side. 139 East Houston will offer cutting-edge design from Roger Ferris Architecture, huge windows with expansive views, high ceilings and column-free efficient space – all on top of a subway stop in a unique and exciting location. Ground breaking is expected in the second quarter of 2018.

Previously on EV Grieve:
A celebratory ad on the purchase of 139 E. Houston St., current home of the Sunshine Cinema

When construction hits the south side of houston between Attorney and Broad, all heck breaks loose. I’d love to hack some real estate listings and add in “and with over a year of noise and construction 6 days a week nearby, this 400 sq ft apartment for $1,000,000 is not to be missed”

Did EV Grieve report on the denial of the alcohol license? I'm guessing people were happy it didn't go through. Now these same people are sad? SMH. Interesting lack of comments.

"...a unique and exciting location" - made much less so by the outright criminal act of vandalism about to be perpetrated on this valuable resource and that beautiful building. I have long thought there were too many liquor licenses in the EV/LES but to deny this one? Really, CB#3? So thanks for helping to bring about the introduction of a "cutting-edge" OFFICE BUILDING into the neighborhood.

"Rapidly evolving" my ass - evolution suggests improvement and betterment. We're going backwards, aided and abetted by the powers that are supposed to be in place to offer protection to the everyday New Yorker rather than to the corporate gods.

What a fucking shame. RIP Sunshine :(

Personally when I go to the movies--which is not often--I'm not looking for dinner and drinks too. I don't even buy popcorn. But that's me.

I better hurry up to catch the billboards movie.

@JQ LLC: I just saw the Three Billboards movie. It was quite good, especially if you like black comedies, and Francis McDormand is pretty amazing. That being said, it kind of goes off the rails in the last act, and almost turns into a Quentin Tarantino movie, but it’s probably going to win a lot of awards this season for McDormand’s amazing performance alone. It’s a weird mix of an anti-police brutality movie mixed in with a Death Wish-style vigilante movie all in one. I’ll probably go to see Darkest Hhour at the Sunshine, which would be an appropriate title for the last movie I ever see at our beloved Sunshine Cinema.

I was just there for the last time on Saturday night when I went to see Three Billboards in Ebbing, Missouri which was a good film. I will miss this place it was nice and clean with a good crowd and they showed independent films that are not routinely shown in other theaters. Just another part of the Lower East Side that is rapidly disappearing. Farewell Sunshine.

Frances McDormand is overrated like Fargo, which this Three Billboards BS is.

It's a sad day in American cinema when Get Out, Ladybird, and Three Billboards, all crap movies insufferable millennial hipsters love are considered Oscar contenders.

Btw Get Out maker: Get Some Originality. You put out an updated version of Guess Who's Coming To Dinner?