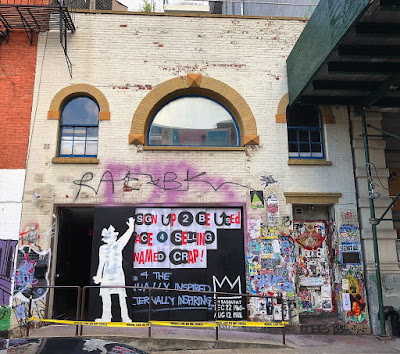 There have been several listings since last fall for space available to lease at 57 Great Jones St. just off the Bowery... a former stable that Andy Warhol owned. It was also where Jean-Michel Basquiat lived and worked at the time of his death in 1988.

Yesterday marked the 30th anniversary of Basquiat's death at age 27.

Also yesterday, as noted here, Basquiat's friend and SAMO© collaborator, Albert Diaz, along with Adrian Wilson, created this tribute yesterday outside No. 57... 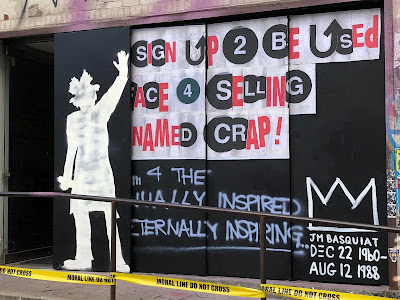 As for the listing, it first arrived last fall, and has disappeared and reemerged several time since then, most recently in early August.

Per that listing, which is no longer active (no word on the asking rent):

The heart of NoHo, ground floor sublease opportunity till December 2022 or for short-term lease/pop-up this summer. Approximately 800 sqf including back office. Storage space on the basement upon request. Building formerly owned by Andy Warhol, and Jean-Michel Basquiat lived and worked. Behind this space is a hidden restaurant by appointments from repeaters or referrals only.

Here's a look inside the space... 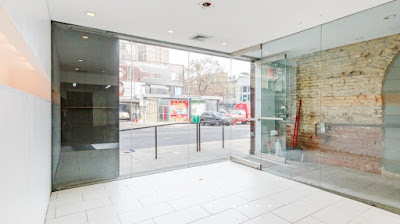 The outside has long attracted a variety of street art... 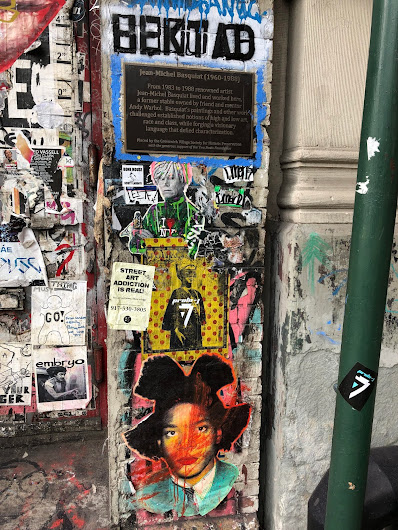 In July 2016, the Greenwich Village Society of Historical Preservation unveiled a commemorative plaque outside the building ... marking the site of Basquiat's home and studio from 1983 to 1988... 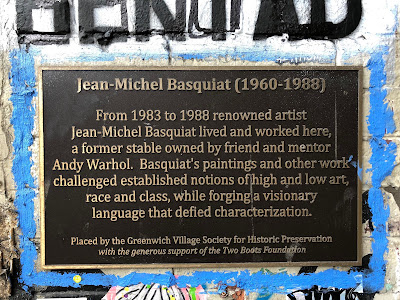 I feel like people in 2018, youths especially, would be pretty baffled by this idea, of not wanting to sell out.