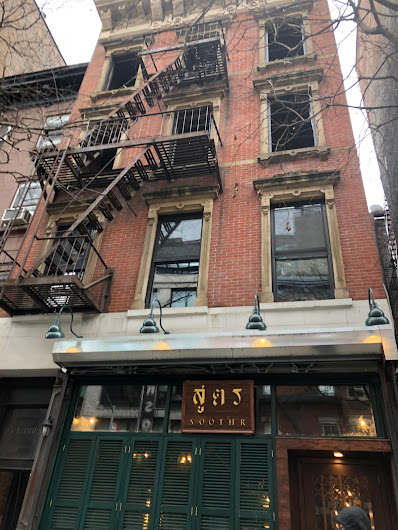 There was another fire reported at 204 E. 13th St. between Second Avenue and Third Avenue. Early Saturday morning, the FDNY responded to a blaze on the third floor at the address...

No word on the extent of the damage to the 4-story building (see top photo via a reader) or a cause.

This is the second time in 15 months that a fire broke out at No. 204. Renovations were apparently still in progress in the building following an early morning fire during Thanksgiving weekend 2018.

That fire caused extensive water damage to Bruno Pizza, the retail tenant on the ground floor in the building owned by Steve Croman. Last July, owner Demian Repucci decided that the damage was too much to overcome, and he decided to move on from the business.

Soothr, a Thai noodle bar, was expected to open soon in the space. The most recent apartment rental via Streeteasy is from last May, when a two-bedroom unit on the third floor was listed — then removed — for $5,073.

So... they're building a meth lab?