Seems like old times: The post-prison life of Steve Croman 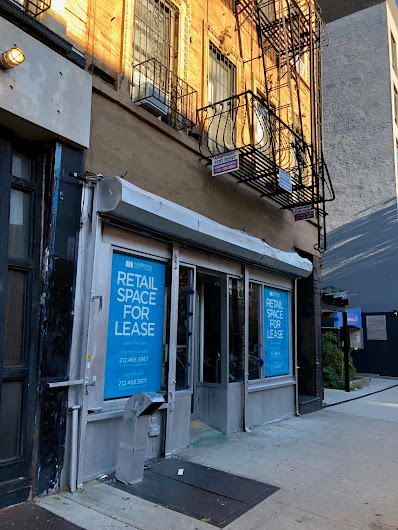 Croman was released from the Manhattan Correctional Facility on June 1, 2018 after serving eight months of a one-year jail sentence and paid a $5 million tax settlement following separate criminal charges brought by the AG's office for fraudulent refinancing of loans and tax fraud. In a separate civil case, Croman agreed to pay $8 million to the tenants he was accused of bullying out of their rent-regulated apartments.

A supposed independent management company is now overseeing Croman's residential properties — including 47 buildings with 617 units in the East Village — for the next five years.

However, per TRD, it's pretty much business as usual for Croman. The piece starts with an anecdote about three NYU students getting the boot from the Croman-owned 60 Avenue B.

Croman’s prison stint was widely seen as a turning point in how New York pursues criminal and civil cases against alleged predatory landlords. Since his release, though, little seems to have changed for Croman. The landlord remains a regular presence at his properties, sources say, and is facing a fresh crop of lawsuits accusing him of violating New York rent laws and backing out of deals, among other claims.

As part of a settlement with the state attorney general’s office, he gave temporary control of more than 100 buildings to Michael Besen’s New York City Management last year, and the firm took over the East Village property this past July.

But while Besen’s firm was picked to oversee Croman’s properties until 2023, it’s far from a victory for tenants. In some cases, the properties are managed by former employees of Croman’s 9300 Realty, who jumped over to NYC Management soon after the deal with prosecutors was announced.

“You have individuals who worked in a corrupt culture,” said Sean Madden, the father of one of the NYU students [at 60 Avenue B]. “All they did was trade their business cards … but the business practices didn’t change at all.”

According to a TRD analysis of city records, Croman’s Manhattan properties raked in an estimated $47.5 million in 2018.

The landlord also continues to visit his buildings, giving orders to supers and porters, essentially ignoring the state’s five-year ban on managing his properties, said Cynthia Chaffee, a founder of the Stop Croman Coalition who lives in one of his buildings on East 18th Street.

A spokesperson for New York AG Letitia James told TRD that Croman is allowed to visit the properties but should have “minimal, if any, contact with tenants.”

But Chaffee said tenants have already started meeting with James’ office about the time he spends at his buildings.

“We’ve been stuck with the same property managers and supers that worked for Croman, and then they were hired by NYC Management,” Chaffee said. “We have to deal with these abusive people all the time.”

“He’s ferocious. Nothing has changed,” said one broker who has worked with Croman on deals. “He’s buying [properties] left and right, and it’s not like he’s using a shill or a fake name. His name is right on the contract. This guy isn’t afraid of anything.”

Read the full article here.
Posted by Grieve at 11:30 AM

Then maybe someone should notify the NY State AG in writing.

This guy needs to get a life. All work and no play makes a dull boy.

Guys like Steve Croman prove every single day that you can't buy class.

Why do we, as a society, permit someone to own this many building, and behave this way? It's not something written in stone, but a choice we as a society permit. How about a law that if you are convicted of harassing tenants, you lose your building, and it becomes property of the tenants; that's better choice we can make.

Write: Croman agreed to pay $8 million to the tenants he was accused of bullying out of their rent-regulated apartments.
Comment. Why no one mention to take this $ you must agree to seal your mouth in a lot of things. Bejng as bad as he is and continue to violate laws, agreement etc what if one day you get attack with something and you need ghat something you sign off on that you cannot say it out to defend youself or protect yourself. That waiver tenant sign off to take a piece of the $8m is a risk and gamble.

When will things change? Money shouldn't buy a corrupt landlord a lighter sentence. Nor should his continuing flagrant abuse of the law be ignored.

They know what's going on.

Guys like Steve Croman prove every single day that you can't buy class.

Our Commander-in-chief proves that in spades!

What created Croman and his ilk and why was it allowed to continue so long? There is a bigger picture here... the responsible parties here are those politicians who failed us miserably and instead turn a blind eye and take money from the Cromans and other predatory landlords in the form of campaign contributions, and equally guilty are the agencies like DOB & HPD that were created to uphold and enforce the laws and protect tenants - but instead allow these criminal predatory landlords and their henchmen goons, lying lawyers and pro landlord judges - get away with doing whatever they want to torment and terrorize their tenants and drive them from their homes in order to renovate the apts once empty and increase their profits. They aid these landlords and are just as guilty. The taxpayers are footing the bill for all this.