A look at the incoming Williamsburg Pizza on 14th Street 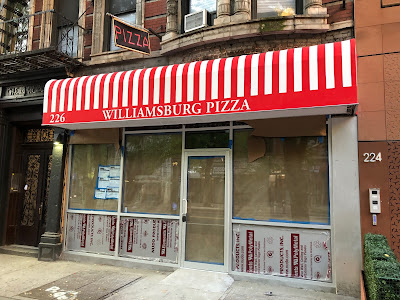 The Williamsburg Pizza signage/awning is up now at 226 E. 14th St. between Second and Third Avenue. The opening is expected soon. (Don't have an exact date.)

The restaurant, which will have a dine-in option with tables and counter space, combined two storefronts here, including the former Krust pizza ... 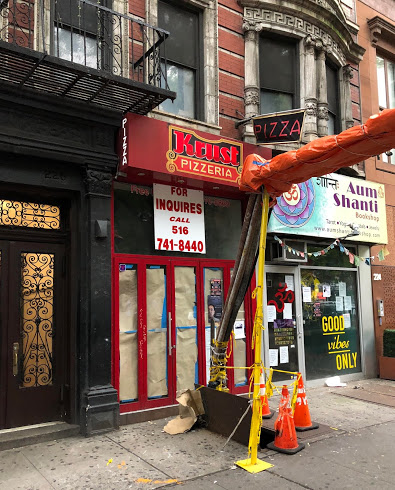 This will make the third Williamsburg Pizza location... joining the original out on Union Avenue in Brooklyn and the one on Broome Street on the LES. (Chef/owner Nino Coniglio also makes pizza at 310 Bowery.)

As previously noted, the pizzeria has plenty of fans (one example). And a few years back New York magazine gave them the Best Slice Joint nod.
Posted by Grieve at 4:11 AM