B Bar & Grill is still open 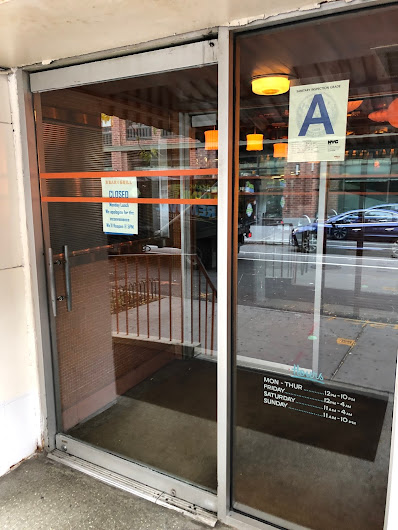 Rumors started circulating yesterday via a tweet that B Bar & Grill had closed, and demolition was underway on the southwest corner of the Bowery and Fourth Street.

In the video that accompanied the tweet, workers can be seen inside the garden area during usual lunch hours. It's not immediately clear what the workers are doing.

However, the restaurant is still open. A sign on the door for patrons yesterday noted that they were closed for lunch, with a 5 p.m. dinner-drinks service. To date, there haven't been any new work or demolition permits filed for the address, per public records.

In any event, it's easy to see why people might think this is the end for the B Bar. It was recently revealed through public records that CB Developers paid $59.5 million for a stake in 358 Bowery — the current home of the B Bar & Grill.

Hotelier Eric Goode, who owns B Bar, has been assembling air rights to build a larger project on this corner space.

This warehousing of parcels will likely also mean the end of B Bar & Grill, which opened in 1994, some day. News of the B Bar's closure will likely be a Big Media Moment. They will not go quietly into the night without some oral histories and what-it-all-means essays.

Previously on EV Grieve:
CB Developers pay $59.5 million for an interest in 358 Bowery — current home of the B Bar & Grill and likely a new development

Email ThisBlogThis!Share to TwitterShare to FacebookShare to Pinterest
Labels: B Bar & Grill, rumors