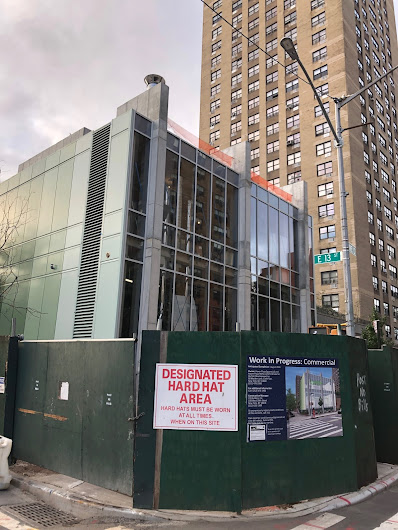 Two years have passed since our last look at the natural disaster-resistant infrastructure to protect Haven Plaza here on Avenue C at 12th Street... here's how the project is shaping up... 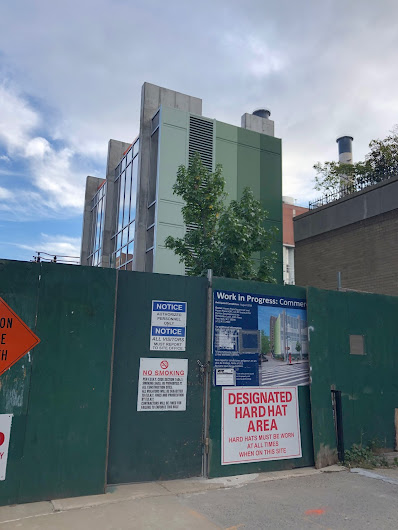 The project was announced in the summer of 2017 for the affordable-housing complex.

Here's is a recap via the media advisory:

This new two-story structure plus basement and the upgrades throughout the complex are in direct response to 2012’s Hurricane Sandy, when the nearby East River overflowed its banks, the Con Edison East River Generating Station adjacent to Haven Plaza exploded, and, as a result, Haven Plaza lost all electricity and steam for heat. Residents – many elderly – were trapped without elevator service, electricity, heat or water. Men and women of the National Guard shared their field rations with residents until the power returned.

The $9.89-million project, which received funding through the New York City Build It Back program, was expected to be complete in August 2018, per the plywood signage. Obviously that deadline was missed. 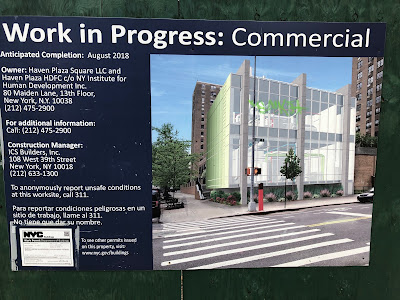 Previously on EV Grieve:
Protection for Haven Plaza on Avenue C in case of another hurricane like Sandy
Posted by Grieve at 4:05 AM