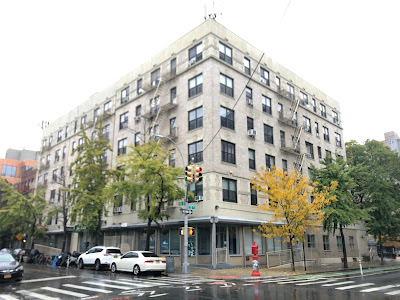 Catching up to this story from last week... when, on Tuesday, an array of city and federal officials came together during a press conference "to celebrate the commencement of the preservation and rehabilitation of project-based Section 8 housing in the East Village."

During the press conference, which included local City Councilmember Carlina Rivera, officials announced renovation details about 199 Avenue B, the building at 12th Street that is one of several Section 8 properties being preserved as the result of an agreement among a lot of organizations — the Center Development Corporation (CDC), LIHC Investment Group, the New York City Department of Housing Preservation and Development (HPD), New York City Housing Development Corporation (HDC) and the U.S. Department of Housing and Urban Development.

The agreement, first announced in August 2018, covers 243 units co-owned by the CDC and LIHC in the East Village ... and guaranteeing that they will be maintained as affordable for individuals and families whose income does not exceed 50 percent of AMI for at least the next 40 years. The 243 units are spread across several buildings in the neighborhood.

Co-owners CDC and LIHC are investing nearly $7.5 million to make repairs and renovate apartments across the portfolio, for an average spend of $30,000 per unit.

In addition, officials announced that more affordable housing will be coming to the long-empty lot at 351 E. 10th St. just east of Avenue B... 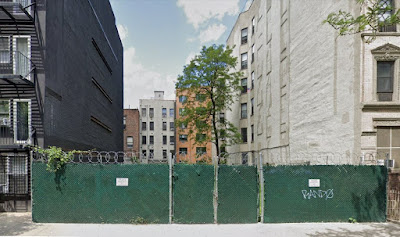 Plans for the housing here date to 2005, when plans were filed for a 6-floor building with 24 units. The work permits were never approved though, per public records.
Posted by Grieve at 4:20 AM

Email ThisBlogThis!Share to TwitterShare to FacebookShare to Pinterest
Labels: 199 Avenue B, affordable housing

I am a bit curious as to what CDC and LIHC are and how do they keep the apartment rents cheap for the next 40 years. Who manages and maintains the buildings? Who pays for the upkeep if the rents are so low? CDC/LIHC are investing $7.5 million now which turns out to be $30,000 per unit to fix up the apartments now, but what about major capital improvements/repairs in the future?

ka ching via financing and loans and seeling debt all thru the food chain, that is how, rather than convert to HDFC or some ownership (as long as UHAB aint involved)