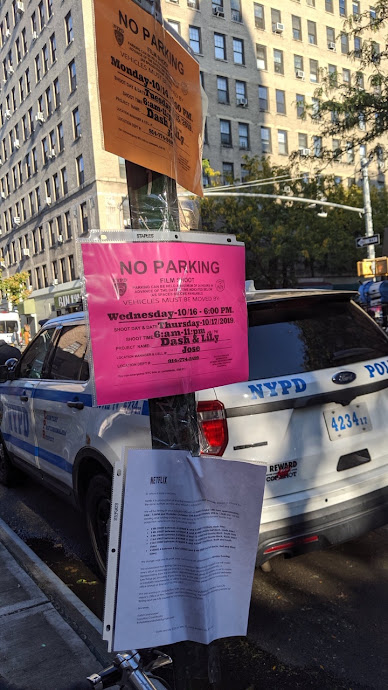 Crews were out today along Avenue A and Third Street shooting scenes for "Dash & Lily," an eight-episode holiday romantic comedy series set for Netflix in 2020. (The show is based on the young-adult book series "Dash & Lily’s Book of Dares" from authors Rachel Cohn and David Levithan.)

Two Boots served as the location for the shoot this morning... 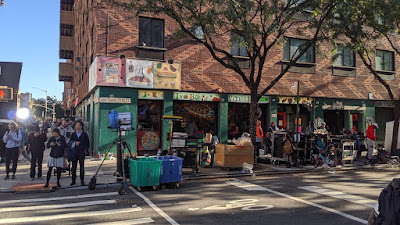 And given the holiday theme... Third Street was dressed with a Christmas tree stand... As Cáit O'Riordan, who shared this photo, joked on Twitter: "Ah! I thought I’d blacked out and missed Halloween." 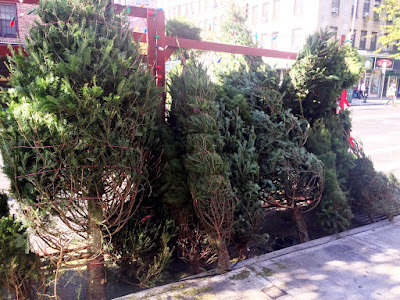 Expect to see more of "Dash & Lily" around the neighborhood... they'll be filming along here again tomorrow... and there are posted notices on other streets, including 12th Street near the Strand.

You can read this article for more background on the series, which stars Austin Abrams and Midori Francis.
Posted by Grieve at 9:00 PM

I wish we could skip Halloween, its turned into a bunch of kidult bullshit.