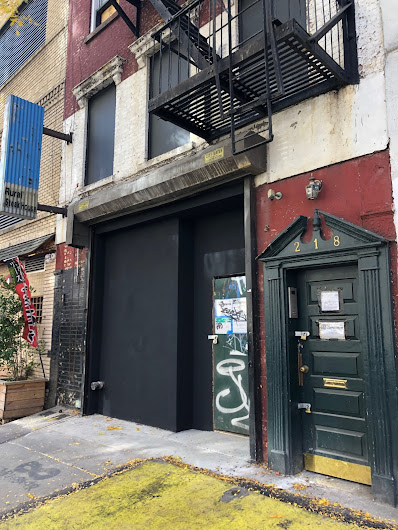 Workers recently removed the construction plywood from outside the retail space at 218 E. Ninth St. — home of the currently closed Yakiniku West.

It's a good sign for fans of the restaurant, which offered Japanese barbeque here between Second Avenue and Third Avenue.

A two-alarm fire broke out in the building in April 2018. Fire officials reportedly deemed the blaze an accident due to wiring on the ceiling of the first level.

Yakiniku West posted on Facebook in September that they'll be returning some time next month... 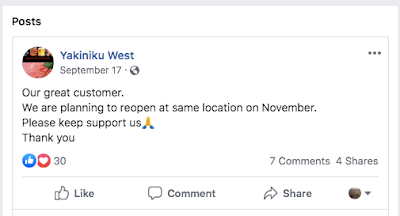 No word on the rest of the building, where three apartments above the restaurant were damaged. Per CBS 2 at the time, five adults and one child were displaced. Fire officials called the residential units "unlivable."
Posted by Grieve at 4:14 AM