A memorial today for Lucien Bahaj at his namesake restaurant 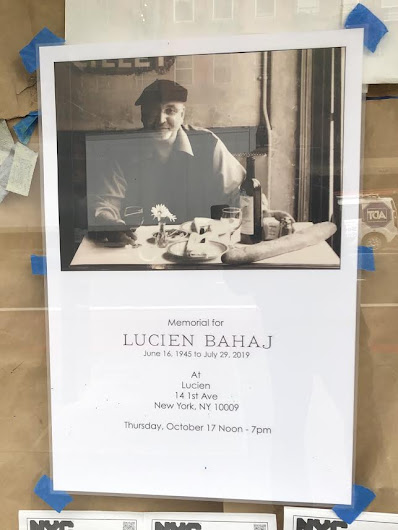 As reported last week, Lucien is hosting a memorial today for its founder, Lucien Bahaj, at the bistro at 14 First Ave.

Patrons are asked to stop by between noon and 7 p.m. here between First Street and Second Street.

Previously on EV Grieve:
RIP Lucien Bahaj
Posted by Grieve at 4:15 AM

Email ThisBlogThis!Share to TwitterShare to FacebookShare to Pinterest
Labels: Lucien