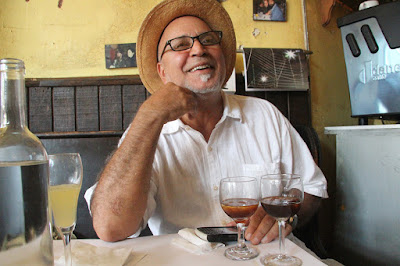 Several EVG readers shared the sad news in recent days that Lucien Bahaj, the restaurateur behind Lucien on First Avenue, died last Monday in Florida. He was 74. A cause of death was not revealed.

Bahaj opened the French bistro at 14 First Ave. between First Street and Second Street in 1998. 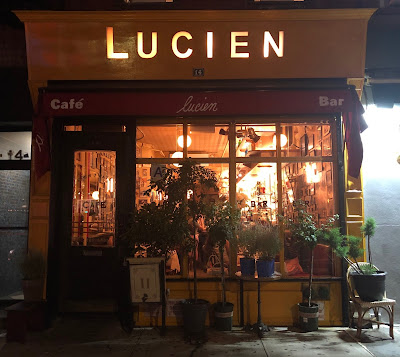 Lucien was born in Morocco in 1945, and grew up in the South of France. By working at luxurious hotels and restaurants, he learned the etiquette, dress, and social mannerisms of their elite clientele. He refined his social skills in New York, becoming a player in the city’s ’70s and ’80’s nightlife scene by working at places like Indochine. It was always his New York dream to open a French-style restaurant, one that served quality food with sophisticated service, in his own idealized image.

Lucien’s eatery was his art form and his performance space. Every day, he worked to perfect his art; tasting the food and wines, changing the spices and the mixtures, trying out different seating arrangements, and curating a selection of avant-garde reading material. To give the impression of an old-school establishment that had survived the test of time, the walls were given a distressed paint job, on top of which were hand-scripted poems painted by Rene Ricard. If Lucien wasn’t sitting inside, he would often be found by the entrance, always the gracious host who made sure his customers felt welcome.

Bahaj also operated the Pink Pony on Ludlow Street from 2001 to 2013, closing it after the landlord wanted a $6,000-per-month rent increase. Rent hike aside, as the Times noted then: "[H]is cafe had come to seem out of step in a neighborhood sprouting condominium towers, boutique hotels, mixologists and sports bars."

Lucien, whose walls are adorned with a variety of framed photos of artists, actors and filmmakers who have dined here, remains a timeless classic. Per a 2014 revisit at Serious Eats:

Lucien runs off an old, seemingly forgotten, formula from a time when nasturtium and nettles were just weeds. The food is reliable, seasoned well, and portioned with hunger in mind. It isn't necessarily progressive or trendy or challenging, but that's exactly why eating there is so great. 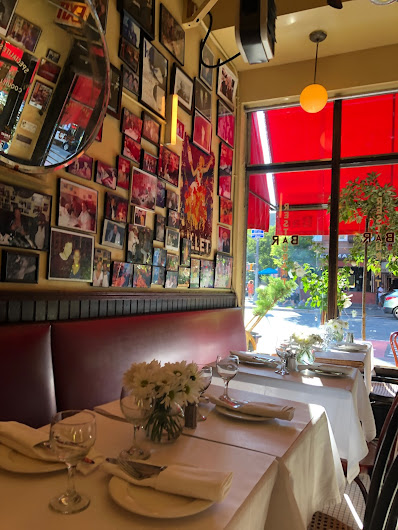 Patterson writes that Bahaj's son Zac has "the learned etiquette and special magic required to make Lucien hum along without his father." 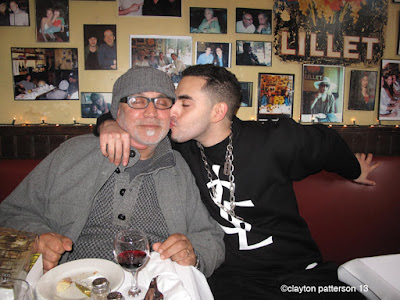 [Lucien and Zac by Clayton Patterson]
Posted by Grieve at 4:30 AM

It is very sad to lose Lucien. I have been waiting for an EV Grieve Obit and hopefully some news of a memorial etc apparently funerals no longer occur in a public way as we experienced with Jonas Mekas another habitue of Lucien's. My heart go out o Zak and Phyllis and Lucien's many many friends
xopenny arcade

Always enjoyed this place my favorite spot to celebrate my birthday. Nothing like a French Bistro 26 Seats closed a few years ago as did La Petite Auberge years earlier. There is Pardon My French and Jules but there is something intimate in Lucien that sets it apart.

We are really sad to lose Lucien, a neighbor/friend who always made me smile as i walked by and got my kiss.

My favourite restaurant in all of New York. Devastated. R.I.P.

Among many fond memories of Lucien the man and by extension his restaurant was the evening he ran into me on the corner of First Street and spontaneously invited me and my friends to drink a bottle of Champagne at his restaurant. What a great guy, who loved life!
It's people like him who inspired me to open my own restaurant in NYC.
Vive Lucien!
Tom Cregan