Khiladi debuts on Avenue B 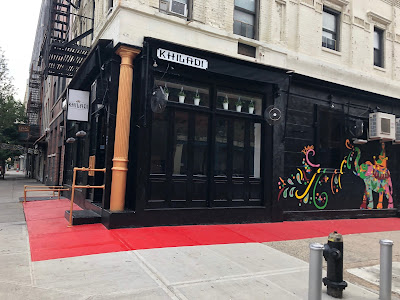 Khiladi opened last night at 175 Avenue B and 11th Street.

The Times had a mini preview in Off the Menu:

Southern Indian fare like idli lentil nuggets, fried kingfish, chickpea puffs, and dosas with various fillings share the menu in this 60-seat spot with a few cross-cultural creations like an Indian chile dog and idli poutine. The chef and an owner, Sruthi Chowdary, has entered into a partnership with Godavari, a national chain of more than two dozen Southern Indian restaurants.


Eater noted that "the menu is inspired by Chowdary’s childhood meals as well as the street markets of Andhra Pradesh on India’s southeastern coast." 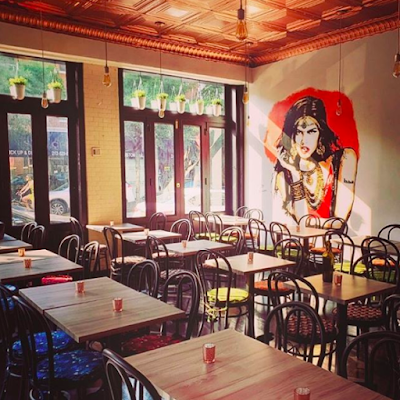 The space was previously home to Old Monk, which closed here at the beginning of the year after 18 months in service.
Posted by Grieve at 4:05 AM

Agree disappointed to hear about this being part of a restaurant chain maybe that explains that wall mural.

Looking forward to trying it!