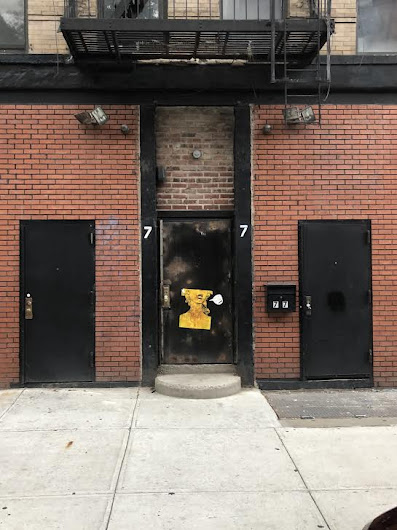 Spotted on the front door of 77 E. Third St., which was until March the longtime home of the Hells Angels... 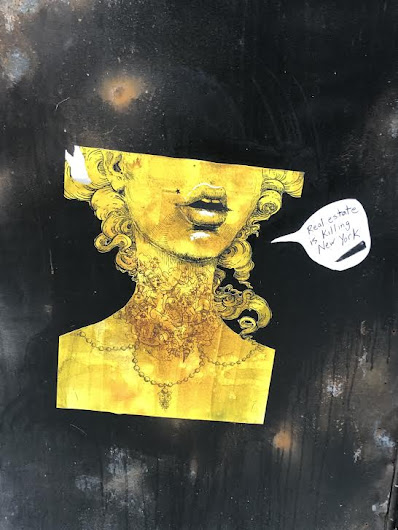 As previously reported, No. 77 has new owners (Better Living Properties), who plan to convert the building between First Avenue and Second Avenue into luxury rentals following a $2 million renovation. Preliminary renovation work is apparently underway at No. 77, which the Angels had in their possession since 1969.

Previously on EV Grieve:
Photo exclusive: Take a look inside the former Hells Angels clubhouse on 3rd Street
Posted by Grieve at 2:05 PM

Thank you, Angels, for making this neighborhood safer for the rich to roam.

Because if we need one thing it is more luxury rentals.

GLAD THEY ARE GONE!

I'd still kill to see what the ground floor of this joint looks like. Imagine the ghosts of times past.

I was out photographing for my blog East Village Corner when an Angel came up to me and asked me what I was doing? I told him I was photographing the artwork on his bike. He said..okay.

yes reale-state is killing NYC but those paper paste things aren't helping either.

*whispers* it's really the zoning